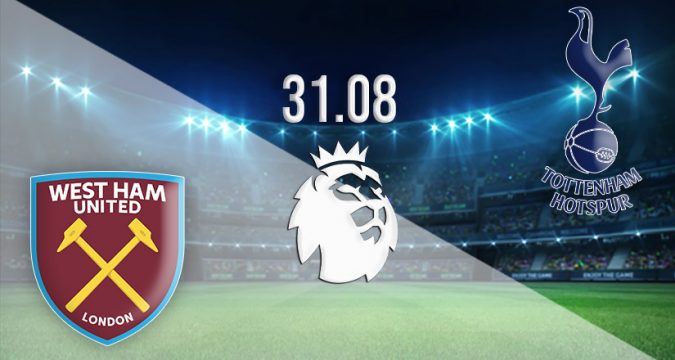 West Ham welcome the in-form Tottenham to the London Stadium for a London Derby in this important English Premier League fixture on Wednesday at 19:45 GMT.

Antonio Conte’s side will be looking to sustain their good early season form as they seek to challenge at the top end of the table, whereas David Moyes’ West Ham will be focused on turning their form around, which has them marooned at the bottom of the league table.

Can West Ham Banish their Poor Start with a Morale-Boosting Derby-Day Victory?

David Moyes would have been surprised at how poor his side have been early on in the season. He will also be confident that their will turn the corner sooner rather than later.

Tottenham coming to town provides a perfect opportunity for the Hammers to be motivated, to be in sync with the London Stadium fans, and deliver a performance that will spark their season to life.

Tactically, Moyes will focus on solidity and fast transitions to both deny Spurs’ runners space in behind while posing an attacking threat when they win possession back.

Can Tottenham Sustain their Good Form by Winning in the Derby?

With two wins and a draw from their opening three fixtures in the league this season, Antonio Conte will be content with his new-look Spurs side.

However, he will be wary of going to the London Stadium to face a team that has underperformed so far this season. Tottenham cannot slacken because they will be facing a team that have been well below their standard at the beginning of the season.

Conte will focus on maintaining the intensity and energy levels in their performance in what is expected to be a feisty atmosphere in a derby. Outfighting West Ham will be a necessity for Tottenham to get anything from this match.

David Moyes’ men have lost the opening three matches of the English Premier League. The daunting opening weekend match against Manchester City at the London Stadium ended in a 2-0 win for the visitors.

The second match of West Ham’s season ended in a disappointing and surprising 1-0 loss to the newly promoted Nottingham Forest. This capped a second match in which the Hammers failed to score.

In the third match, West Ham lost 2-0 at home against Brighton. This made it a run of three matches, five goals conceded, and zero goals scored.

In between these matches, West Ham beat Viborg 3-1 at home and 3-0 away from home to qualify from the Europa Conference League play-off and into the group stages.

The opening weekend of the new English Premier League season had Spurs coming from a goal down to win 4-1 against Southampton.

Antonio Conte’s men traveled to Stamford Bridge in their second match, where they salvaged a point at the death in a thrilling 2-2 result.

Spurs bounced back to winning ways with a tight 1-0 win over an impressive Wolves side at the Tottenham Hotspur Stadium.

Antonio Conte will be looking to bolster his side’s chances to compete at the top half of the table by winning at the London Stadium against West Ham.

The striker has had a tough start to this season, which reflects the struggles of the entire team in front of the goal.

However, his hard-running and high-intensity approach is a crucial asset for West Ham. Antonio also provides a welcome outlet when the Hammers want to overcome a press with the long out-ball.

His relationship with other West Ham players and his aerial threat also provide important aspects for Moyes’ attack.

Antonio will be crucial for West Ham’s chances of getting something from the derby.

The pacey forward has been a revelation for Spurs this season. His relationship with Harry Kane is especially important for Antonio Conte’s side gig forward.

Son provides the hard running, penetration, link-up, pressing, and finishing that make Spurs’ attack one of the most potent in the English Premier League.

Son will be important for Spurs as they try to break down a West ham side that will prioritize solidity and compactness in their derby clash on Wednesday.

Spurs will seek to dominate territory, apply a medium press, and use their pace to devastatingly attack the counter. Their wingbacks will provide width in attack while defensively covering when out of possession.

West Ham will focus on compactness and nullifying the attacking threat Tottenham pose. They will play with a low bloc and use the counter-attack and set pieces to pose an attacking threat.

Tottenham are favorites to win the match and take all three points.

Make sure to bet on West Ham vs Tottenham with 22Bet!