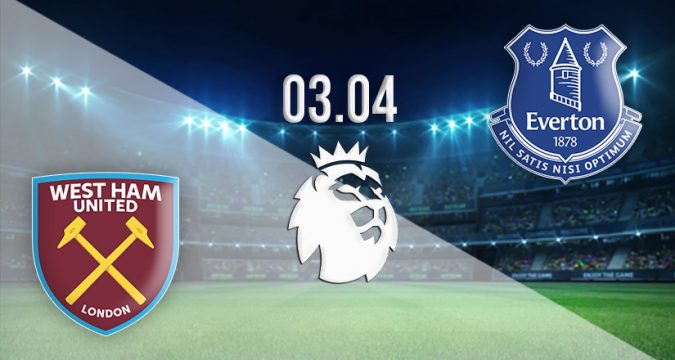 West Ham’s roller coaster season continues this weekend when they host relegation-threatened Everton at the Olympic Stadium at 14:00GMT. The Hammers will be looking to bounce back to winning ways after the 3-1 reverse at Tottenham before the international break.

Can West Ham Get Back to Winning Ways and Revive Their Top-Four Challenge?

After their 2-0 win over Sevilla that saw them eliminate the Spanish side and progress to the Europa League quarter-finals, West Ham were brought back to the ground with a convincing defeat at the hands of Tottenham in the league.

Can Everton make it Two Wins in a Row in their Fight to Beat the Drop?

After four straight defeats in the league, during which they did not score a single goal while conceding nine, Frank Lampard’s side finally won a football match in the league in the 1-0 triumph over Newcastle.

The biggest issue for the former Chelsea manager will be consistency. The stop-start form Everton has displayed in recent matches cannot be enough to enhance their survival.

Lampard will be aiming for a run of positive results to build momentum, confidence, and collect the points they need to start moving away from the relegation zone.

The Hammers have won only two matches in the last five Premier League outings. In this run, Moyes’ men have also drawn twice and lost twice. They have collected eight points out of the available 15.

Moyes will hope for an upturn in form and consistency in the league when they host Everton in London on Sunday.

With eight matches remaining, the Hammers have very little room for error in the run-in if they are to finish in the top-four and qualify for next season’s Champions League.

Everton have won just two matches in their last six rounds of fixtures in the league. This run includes a run of four consecutive defeats in the league, which have seen the Toffees slide down into relegation danger.

Six points from a possible 18 is a bad run for Lampard’s men, and they will be hoping for an upturn in form and performance in the remaining 11 matches for the Goodison Park side.

David Moyes will be without Angelo Ogbonna in the match against Everton on Sunday. The 33-year-old centre-back is side-lined with a cruciate ligament rupture suffered on November 8th, 2022, and is expected back on August 1st, 2022.

Attacking midfielder Manuel Lanzini is also suspended for the match against Everton; he will be a massive miss for Moyes and his hopes of taking all three points on Sunday.

Central midfielder Allan is suspended for his red card against Newcastle, which rules him out of the clash with West Ham.

Lampard is also without Andros Townsend (knee), Tom Davies (hamstring), Yerry Mina (quadriceps), and Tyler Onyango (hernia) ahead of travelling to the capital for the West Ham match.

The Nigerian international is proving his worth in an Everton shirt after his move north from Arsenal. His winning goal against Newcastle underlined his importance to the Toffees.

Iwobi will be crucial in the touch match at West Ham if Lampard’s men are to take something from this fixture.

The England international is in brilliant form at club and country currently. His all-action performances have been central to Moyes’ men’s run to the quarter-finals in the Europa League and fight for the top-four.

Rice will be crucial for West Ham in the match against Everton.

Expect West Ham to be solid out of possession and direct when they win the ball back.

Expect Everton to look to boss possession, press West Ham across the pitch, and build patiently from the back.

West Ham are highly favoured to win this match and take all three points to aid in their fight for a Champions League slot.

Make sure to bet on West Ham vs Everton with 22Bet!