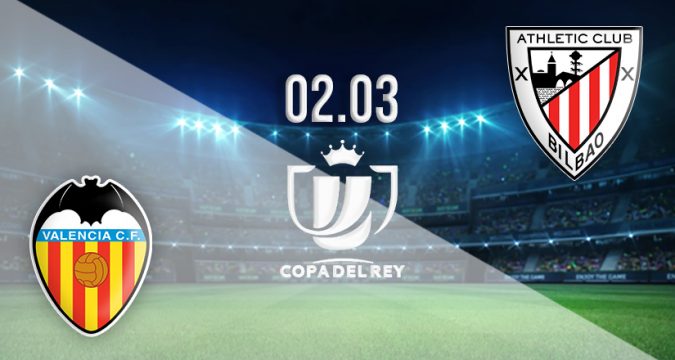 Midweek brings followers of Spanish football a match of note as Valencia and Athletic Bilbao clash in the second leg of the Copa del Rey semi-final. The winner of this match will progress to the final, and the tie is finely poised following a 1-1 draw in the first leg when Bilbao was the home team. They failed to make full use of that advantage but will that come back to haunt them in the second leg? You can follow this match live on television from 20:30 GMT to find out, but first, our team of football writers offer their views on the match.

Valencia will be overjoyed to see the tie remain in the balance heading into this second leg. They now hold the home advantage and having scored against Bilbao in the first leg, the locals know they are capable of adding more goals. Bilbao stuttered in front of their fans but they too were good enough to find the net and followers of the visitors will have confidence in their team. Win this match and they will progress to the final. It’s as simple as that and the pre-match team talk takes care of itself. This is a great opportunity for one of these teams to end this season with a trophy.

The head to head stats make for interesting reading and this will be the third time Valencia and Bilbao have met in competitive action this term. The previous two encounters ended in 1-1 draws and that has been the score in each of the last three games. Going back even further, we note the last four have ended in a draw meaning another tense evening is expected. If this match does end level, we have extra time and penalties available to find a winner and ensure one team progresses to the final.

Valencia was the home team in the quarter-finals and they made it count but were pushed all the way by a Cadiz side desperate to cause an upset. Pundits and most followers of Spanish football had picked Valencia for a comfortable win in that quarter but the locals were met with far more resistance than they had bargained for. They took the lead on 24 minutes thanks to an opening goal from Goncalo Guedes only for the underdogs to match them with a penalty scored by Perez early in the second half. As the game moved into the closing stages it was Valencia that held its nerve, Duro finding the net on 79 minutes before Torres Ruiz was sent off before a second bookable offence.

They fell behind in the first leg of this semi-final when Garcia scored and it looked like things would go from bad to worse after Gomez received a straight red card in first-half stoppage time to reduce them to 10 men. It was expected that Bilbao would strengthen from there and go on to score a few more goals, putting the tie to bed. But it was Valencia’s turn to show their willingness to fight for the cause and they got level thanks to a strike from Duro just after the hour mark.

A 1-1 draw away from home with 10 men is the best Valencia could have hoped for under the circumstances but they now have the chance to build on that. Everyone connected to the home dressing room knows they dodged a bullet in the first leg when avoiding defeat and keeping the tie alive but it will count for nothing if they can’t make it through to the final. This is a great opportunity and we’ll see the stadium packed with expectant Valencia supporters who want to see their side show their fighting spirit.

Bilbao have it all to do

Those camped inside the away dressing room before kick off will know they should have done better in the first leg. They had a goal lead and an extra man following that red card but failed to make it count. It was a disappointment, but it certainly wasn’t a disaster. The tie remains live and Bilbao knows if they win this game on the road they will progress to the final where their fans will enjoy a memorable day out. This is a fantastic opportunity for the Athletic players to not only make up for the first leg draw but also move closer to a historic Coppa del Rey victory.

Athletic Bilbao has already shown they are capable of scoring against Valencia and that will provide the squad with a major confidence boost. They created plenty of chances in the first leg and are sure to get more opportunities to find the net in this second leg. They must be clinical in the final third, taking any chances that fall their way but if Bilbao is to make it through to the final they must tighten up at the back. The team that defends best in this match is the team that will go through and play in the final.

Bilbao’s recent league form doesn’t do much to inspire confidence in the away win with two defeats in their last three, including a loss last time out. They were beaten 4-0 at the Camp Nou on Sunday in what was a wake-up call for the defence. Aubameyang has been scoring for fun since moving from Arsenal to Barcelona and he broke the deadlock inside 37 minutes. The full-time score was a little harsh on Bilbao as Barca netted twice after 90 minutes.

Valencia were the more impressive team in the first leg, showing their fighting qualities to get level after losing a player. They now have the home advantage but understand that the job is only half done and a big effort is required if they are to make it through to the final. Valencia must take their chances and be more ruthless in attack than we’ve seen from them recently.

Bilbao missed their chance to snatch a first leg lead and give themselves something to protect in Valencia but they aren’t out of it. A win here would see them progress.

Make sure to bet on Valencia v Athletic Bilbao with 22Bet!