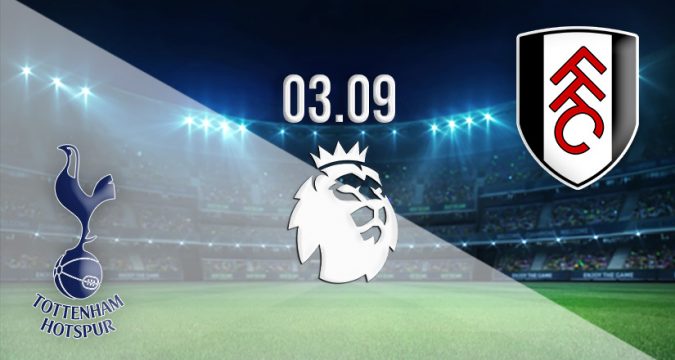 After the frustrating 1-1 draw in the fierce London derby at the London Stadium midweek, Tottenham will be looking to get back to winning ways when they welcome a resurgent Fulham to the Tottenham Hotspur Stadium for yet another London derby on Saturday at 15:00 GMT.

Can Tottenham Return to Winning Ways and Keep in Touching Distance to the Top of the Table?

Antonio Conte will be happy with his side’s unbeaten start to the season; however, he will be frustrated with the two dropped points at the London Stadium.

His focus will be on ensuring his side return to winning ways immediately in their Saturday clash with West Londoners Fulham at home.

Conte’s emphasis will be on sharpening his attacking players, structure, and intensity to ensure that they can breach the Fulham defense and give Spurs the goals they need. This was especially a problem in the clash with West Ham when Tottenham struggled to get an attacking foothold against a resilient West Ham side.

Can Fulham Cause an Upset at the Tottenham Hotspur Stadium?

With his side unbeaten in three matches in the Premier League, Marco Silva will be looking to retain this run by getting a point(s) at Tottenham Stadium on Saturday.

His men possess the work rate, energy, and intensity to cause any team a problem in the league this season.

Silva will look to get the best performance from his side as they come up against an unbeaten Tottenham team that also possesses one of the most lethal attacks in the league.

Fulham will back themselves to perform optimally and cause Antonio Conte’s side problems at home; they will also trust in their attacking options to cause the Spurs rear guard all manner of problems.

Tottenham have started the season impressively; they are unbeaten after five rounds of fixtures in the Premier League.

In the five outings in the league, Tottenham have scored 10 goals while they have conceded four in the process. They have also kept two clean sheets in their wins against Wolves (1-0) and Nottingham Forest (0-2).

They have dropped points so far this season away in London derbies against Chelsea (2-2) and West Ham (1-1).

Antonio Conte will be looking to turn around his side’s form in London derbies starting with the clash against Fulham on Saturday.

Fulham have had an encouraging start to life in the Premier League after their promotion. Marco Silva has overseen two wins, two draws, and one defeat.

Fulham showed their intent and quality when they opened the season with a thrilling 2-2 draw against last year’s runners-up Liverpool at Craven Cottage.

Marco Silva’s side followed this up with a resilient 0-0 draw at Wolves before winning an exciting match against Brantford 3-2.

Their first loss of the season came at the Emirates Stadium, losing 3-2 against the league leaders. Arsenal grabbed the winner in the 86th minute through Gabriel Magalhaes.

In their latest outing in the league, Fulham overcame a tough Brighton side 2-1 and recorded their second win of the season ahead of their travel to face Tottenham on Saturday.

The 29-year-old English international has grabbed 4 goals in 5 appearances this season already. He also has another goal in the EFL Cup.

Although Kane’s goal-scoring is crucial, his link-up play with the rest of the attack makes him important to Antonio Conte and how he wants his team to play.

Kane will important on Saturday as Tottenham seek to overcome an organized and dangerous Fulham side.

The 27-year-old Serbian has had a storming start to life back in the Premier League. He has grabbed 5 goals in 5 appearances in the league this season, which has been crucial for Fulham’s impressive return to the league.

Mitrovic provides power, pace, movement, aerial threat, and a goal threat for Fulham. Every time they put the ball in the box, there is a chance Mitrovic will grab a goal.

The striker will be crucial for Fulham n their Saturday clash against Tottenham as they seek to cause Spurs’ defense problems.

Tottenham will seek to dominate territory and force Fulham into their half and into making defensive mistakes.

Fulham will seek to be compact and apply high-intensity and hard-running tactics. They will also use fast counter-attacks and set pieces to trouble Spurs.

Given their quality and form, Tottenham are favored to win this match and extent their unbeaten start to the season.

Make sure to bet on Tottenham vs Fulham with 22Bet!