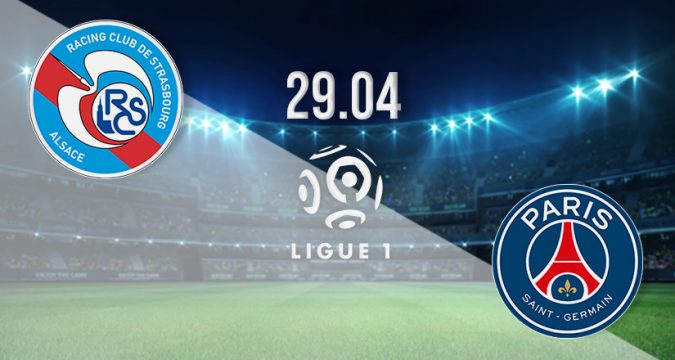 PSG have already wrapped up their eighth title in ten years. However, they will still be looking to end the season in dominant fashion, and extend the 13-point advantage that they already boast over Marseille. They come up against a Champions League-chasing Strasbourg side in Friday evening.

It has been an excellent season for PSG in terms of their league position. However, there is still undeniably disappointment when it comes to their season as a whole. That was very evident in their previous fixture, as fans’ left the stadium to avoid celebrating their Ligue 1 title win with the players.

PSG’s defeat in the Champions League against Real Madrid still stings for the fans, and it has led to new rumours over the weekend that Mauricio Pochettino could be fired. It is a decision that the board will be likely to make at the end of the season, with Antonio Conte one of the front-runners to get the job.

PSG’s title success was confirmed on Saturday, as they played out a 1-1 draw against Lens. Lionel Messi scored the opening goal, but the ten-men of Lens scored a late equaliser to rescue a point at the Parc des Princes.

Strasbourg will still be fighting themselves over the final weeks of the season, as they still have a slim chance of finishing in the Champions League places. They come into this fixture three points off Rennes, but they have picked up just two victories in their previous five fixtures.

A run of four without defeat came to an end in their latest fixture, as they were beaten by Lille away from home. It was a hammerblow to their European hopes, as the winning goal for last season’s champions was scored with just three minutes remaining.

Strasbourg vs PSG Head to Head

PSG has an excellent record in this fixture, as they have won each of the last four meetings between the sides. They have scored four goals in each of the previous three fixtures. Strasbourg’s only league win in the past ten years against PSG came in December 2017.

Strasbourg will have home advantage this weekend, but it’s still hard to see past PSG getting the win given the talent within their ranks. However, the Parisians away form throughout the campaign has been inconsistent, which means that a chance could be taken on the draw.

Make sure to bet on Strasbourg vs PSG with 22Bet!