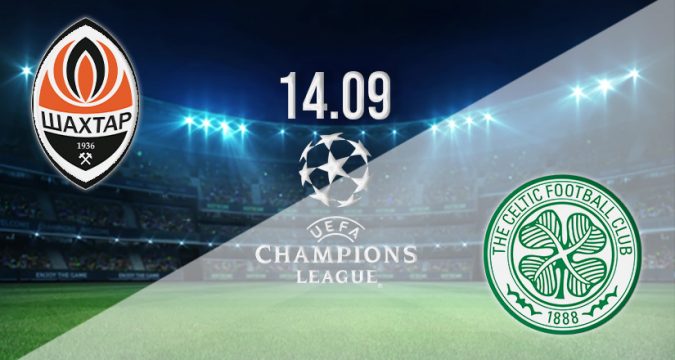 Two sides that had contrasting starts to the Champions League group stages clash on Wednesday, as Shakhtar Donetsk look for a second straight victory. Meanwhile, Celtic will be looking to bounce back from the defeat that they suffered against Real Madrid on matchday one.

It was an excellent start to the Champions League group stages for Shakhtar Donetsk, which was even more remarkable given that they have played limited football since the Russian invasion of Ukraine. Donetsk were excellent on matchday one, as they stunned Bundesliga giants RB Leipzig in Germany.

Shakhtar ran out 4-1 winners in Germany last week, with two goals being scored by Marian Shved. Three of the four goals that the Ukrainian side scored came in the second half, which included efforts from both Mykhaylo Mudryk and Lassina Traore. Backing up that victory this week could be crucial to their chances of reaching the knockout round in the Champions League this season.

Celtic would have always been aware that they had an outside chance of reaching the knockout round after being drawn in a testing looking group on paper. The Scottish champions were well beaten by the reigning European champions on matchday one, despite hitting the woodwork on two occasions in the opening half.

However, Real Madrid were able to raise their game in the second half of that fixture, and eventually ran out 3-0 winners. That was the last fixture that Celtic played, as their domestic fixture over the weekend was called off following the death of Queen Elizabeth II.

This will be the fifth time that these two sides have clashed in the group stages of the Champions League. Both sides have picked up two wins apiece in the previous four meetings, which includes a victory each in the two matches played in the 2007-08 group stage campaign. However, Celtic have been beaten in each of their previous two away games against Donetsk.

Celtic’s away record in this fixture is far from ideal, and that could be the most crucial aspect coming into this fixture, which will be played in Poland. Donetsk were excellent on matchday one against Leipzig, and we would expect them to maintain that solid form against the SPL champions this week. We could see Donetsk winning 3-0.

Make sure to bet on Shakhtar Donetsk vs Celtic with 22Bet!