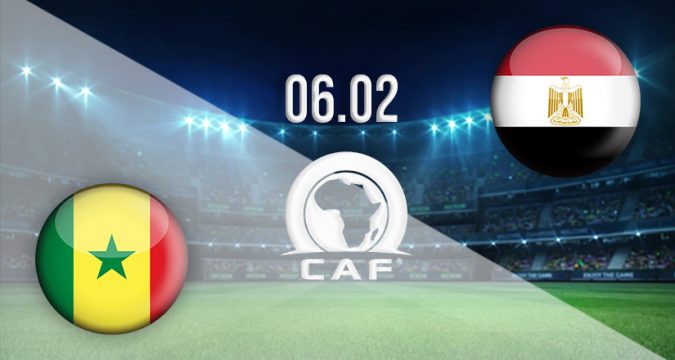 The 2022 AFCON tournament comes to a crescendo on Sunday when the Lions of Teranga, Senegal, take on record seven-time champions, the Pharaohs of Egypt, at 20:00GMT.

Can Senegal go One Step Better and Become African Champions?

Senegal are yet to win Africa’s top football title. In 2019, they made it all the way to the final, only to lose to eventual champions Algeria.

The Lions of Teranga will be looking to go one better this time when they face an Egyptian side that is experienced in winning the AFCON tournament.

The feeling in the Senegalese camp is that their final heartbreak against Algeria has prepared them for this final and that they can do better this time in Cameroon by emerging winners.

Will Egypt Extend their Record Success in AFCON to Eight Triumphs?

Egypt’s Pharaohs have not been in scintillating form in Cameroon. Their top scorer has two goals, and the team have not been free-scoring in this year’s tournament.

However, they have shown grit, determination, solidity, and tactical discipline needed to win at tournaments.

This experience will place them in good stead for the clash with Senegal in Sunday’s final.

The Lions of Teranga are unbeaten in the AFCON tournament in Cameroon. In their run to the Sunday final against Egypt, they have won four and drawn two matches.

In this run, they have scored 9 goals and conceded just two. They have kept four clean sheets from these six matches.

Senegal will go into the match against Egypt very confident of their credentials and quality to win the match. However, they will be facing an experienced opponent and a squad that has come out of two penalty shootouts in this tournament already.

In their run to the final, the Pharaohs have won three matches, drawn two, and lost one.

After losing their opening match of the tournament 1-0 to Nigeria, Egypt have not lost a match again in the tournament. They have also won two penalty shootouts against Ivory Coast (5-4) in the round of 16 and Cameroon (3-1) in the semi-final.

Out of the six outings the Pharaohs have had at the AFCON tournament in Cameroon, they have kept four clean sheets and conceded just two goals within regulation and extra time.

Although they are used to blowing teams away, Egypt’s Pharaohs have been solid, compact and disciplined in their approach, which has made them hard to beat.

With three goals and two assists so far, Sadio Mane has been a talisman for Senegal in their run to the final against Egypt on Sunday.

The Liverpool ace has led Senegal from the front with goals and assists, which have helped navigate Senegal in tough matches on their way to the final.

Mane offers persistence, work ethic, and pressing upfront, aside from his pace, runs in behind, and finishing.

He will be central to Senegal’s hopes of winning the final on Sunday when they face the Pharaohs of Egypt.

Salah has been subdued in this tournament given his usual standards. He has notched two goals and one assist to his name in the Pharaoh’s run to the final against Senegal on Sunday.

Salah will be essential if Egypt are to stand a chance against Senegal. His pace and goal-scoring will provide a massive outlet for Egypt, who have not been at their prolific best in the AFCON tournament in Cameroon.

Expect Senegal to take the initiative and control the game’s possession and territory. Egypt will be pragmatic and attack in spurts or through transitions with the pace of Salah.

Whoever gets the best out of their talisman (Salah and Mane) will most likely win this fixture.

Given their solidity at the back, a draw is a likely result for this match, with extra time in the offing.

Make sure to bet on Senegal vs Egypt with 22Bet!