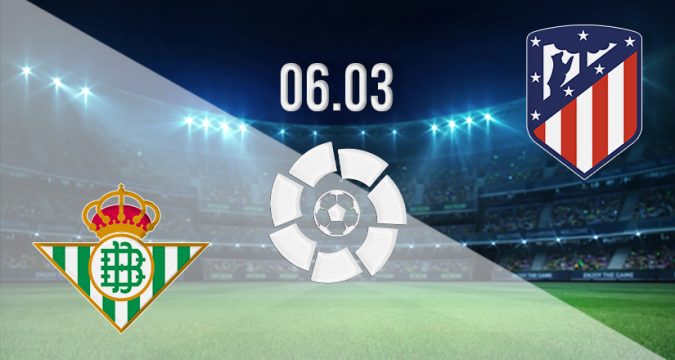 Real Betis will be looking to bounce back from the 2-1 defeat to Sevilla last weekend when they host Atletico Madrid on Sunday at 21:00 GMT, as both teams step up their fight for a top-four berth and with participation in next season’s Champions League tournament.

Can Real Betis Bounce Back to Winning Ways at the Expense of Atletico Madrid?

After two losses in their last five matches, Real Betis’ fight for the top-four has lost some steam.

Manuel Pellegrini’s men have let the chasing pack get close, with Barcelona and Atletico Madrid within a point, while the Blaugrana have a match in hand over both Atletico and Betis.

A win over Atletico will be crucial for Betis to extend their lead over the reigning champions to four points. However, a loss will see Atletico leapfrog them on the table.

A loss could see Real Betis fall as far as 6th on the table depending on their results in La Liga this weekend. Pellegrini will be looking to ensure that Betis maintain their position in the top with 12 matches remaining for the season.

Can Atletico make it Three Consecutive Wins in La Liga

Atletico have hit some fine form as they have won back-to-back La Liga matches to bolster their chances of finishing in the top four.

Diego Simeone’s side have had a torrid defence of their title; but they are in with a chance to finish in the top four.

They are 5th on the table with 45 points, level on points with fourth-placed Barcelona and a further one point behind third-placed Real Betis. Atletico have a match on hand against their close rivals for the top four – Betis, Barcelona, and Real Sociedad.

Diego Simeone will be looking for a statement performance against Real Betis on Sunday, one which will see them leapfrog Betis into the top four heading into the run-in.

Real Betis have won four times and lost twice over the last six rounds of La Liga fixtures. In this run, they have collected 12 points and dropped six.

The two losses in this sequence – 2-0 against Villarreal and 2-1 against Sevilla – have been costly for Pellegrini’s side. Instead of looking upwards, they are now looking over their shoulder for the chasing pack.

Sevilla have opened an 8-point lead over Real Betis to second-place, while Barcelona have cut their lead to just a point.

Atletico’s form trajectory has been trending upwards in recent weeks. Their two consecutive wins have been crucial in moving them into the fight for the top-four.

Simeone’s men have won three times and lost twice in the last six rounds of fixtures. They have collected twelve points and dropped six in the last six outings in La Liga.

Simeone will be looking to maintain this momentum in the clash with Betis on Sunday.

Manuel Pellegrini has almost the entire squad available for selection ahead of the match against Atletico. Only 30-year-old right-back Martin Montoya will be missing from the match as he recovers from problems with his Achilles tendon.

Iglesias has grabbed 10 goals and one assist in 30 appearances for Real Betis this season. The striker has been central for Pellegrini’s side performances. The striker will be crucial for Betis in their clash with Atletico on Sunday.

The Argentine professional is Atletico’s leading scorer with 12 goals and four assists in 33 appearances. The 26-year-old has stepped up for Diego Simeone during Atletico’s bad spell in La Liga.

He will be crucial in the match against Betis, as Simeone seeks to maintain momentum to clinch a top-four berth.

Expect Real Betis to play on the front foot and seek to make a fast start to the game. Atletico will be pragmatic in their approach, and will seek to dominate the midfield arrears to and hurt Betis on transition.

A draw is the most likely result in this match given the current strengths and form of the teams.

Make sure to bet on Real Betis vs Atletico Madrid with 22Bet!