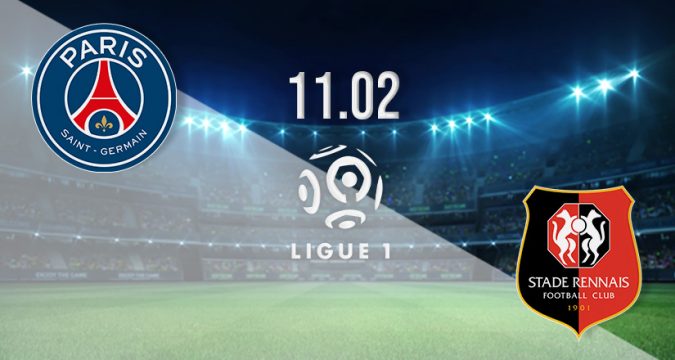 League leaders PSG will host fifth-placed Rennes on Friday at 21:00 GMT, as the Parisians look to extend their lead at the top of Ligue 1 ahead of second-placed Marseille.

Can PSG make it Four Wins in a Row?

Mauricio Pochettino’s men have won the last three matches in Ligue 1, while they are unbeaten in the ten matches.

The Parisians will be looking to make it four consecutive wins in the league as they push to extent their current 13-point lead over Marseille on the table.

After 23 rounds of fixtures, PSG have only lost once all season and dropped only 13 points.

The match against Rennes will give PSG the platform to extend their winning run and all but wrap up Ligue 1, which was taken from them by Lille last season.

Can Rennes make it Two Consecutive Wins in the League?

Rennes have been inconsistent in recent matches. Their stop-start form has seen them fall away from the league leaders and lose ground on the race for Champions League places.

Rennes are five points behind third-placed Nice and six points behind second-placed Marseille, in the race for automatic Champions League qualification. Bruno Génésio’s men cannot afford for this gap to expand.

After beating Brest 2-1 in the previous match, Rennes will be looking to cause a massive upset away at PSG, and inflicting the Parisians their second defeat of the season.

PSG have been imperious all season. They have amassed 56 points out of a possible 69, from 23 rounds of fixtures. Pochettino’s men have not lost in the last ten rounds of Ligue 1 fixtures.

In their last six rounds of fixtures, PSG have won four and drawn two. They have collected 14 points out of the available 18. In this run, the Parisians have scored 15 goals while conceding three. They have kept three clean sheets in the last six outings in Ligue 1.

PSG are ruthless upfront, given the wide array of talent at their disposal, and they are not conceding many goals. This gives the perfect balance to continue their dominance of Ligue 1 and press to win the title from Lille.

Rennes have already lost eight matches this season, and dropped a whopping 32 points by the 23rd round of Ligue 1. They are 16 points behind PSG on the table, and they are in the middle of a stop-start run of form.

In their last six rounds of Ligue 1 fixtures, Rennes have won two and lost four. They have collected a total of six points and dropped 12 in the process.

They have conceded 7 goals in this run, although they have ended up with a positive 4 goal difference.

One of their wins was a 6-0 thrashing of Bordeaux, which has helped bolster their goal difference.

Pochettino will have three players unavailable because of testing positive for Coronavirus.

Attacking midfielder Edouard Michut, right-back Nathan Bitumazala, and goalkeeper Alexandre Latellier, all tested positive for Covid-19, which means they are doubts for the clash with Rennes.

Right winger Jeremy Doku will not be available as he recovers from a hamstring injury. Defensive midfielder Lesley Ugochukwu is also nursing an ankle injury since January 24th, and therefore he is a doubt for the journey to the capital.

The French international has grabbed 15 goals and 13 assists in 27 appearances for PSG this season. He is a key player for the Parisian club, and he will be essential for their match against Rennes.

Laborde has been essential for Rennes this season. His 13 goals and 5 assists underscore his importance to the team.

He will bring a goal threat and cutting edge in the box for Rennes when they face PSG.

Expect PSG to dominate possession and territory. Rennes will be pragmatic and seek to frustrate the PSG forwards and midfielders.

PSG have too much firepower, and they will take all 3 points.

Make sure to bet on PSG vs Rennes with 22Bet!