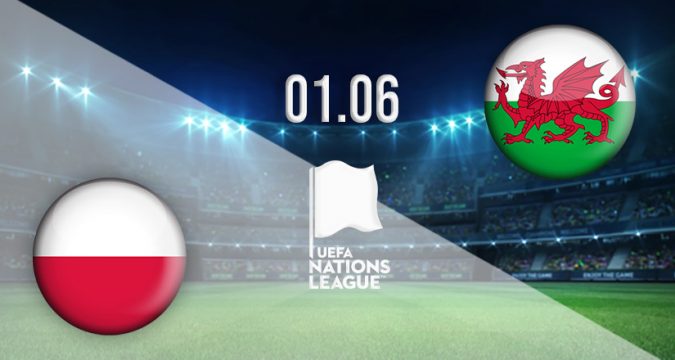 Poland and Wales will kick off their 2022-23 UEFA Nations League campaign on Wednesday evening when they take on each other in Wroclaw at 16:00GMT. Poland will begin the Nations League campaign having already qualified for the World Cup in Qatar while Wales are still to take on the winner between Scotland and Ukraine in their playoff on Sunday.

Can Poland get a Win in the Nations League which doubles up as a Preparation for Qatar 2022?

Having booked their place in Qatar with an impressive 2-0 home win against Sweden in March, Poland will be looking to have a good Nations League campaign starting with the clash against Wales at the Stadion Miejski Wroclaw.

With home advantage, Poland will look to start their campaign strongly; especially given they are in the same group as Belgium and Netherlands who play each other in the other campaign opener in League A Group 4.

Can Wales Make a Winning Start to their Nations League Campaign Ahead of their Decisive Fixture for a Spot at the World Cup against Scotland or Ukraine?

Last time out, Wales drew 1-1 with the Czech Republic in a friendly match. Competitively, Wales beat Austria 2-1 last time out in the World Cup Qualifiers.

However, Wales could not complete their qualification process because the match between Ukraine and Scotland was postponed due to the war in Ukraine.

Therefore, as the Nations League campaign kicks off this season, Wales’s attention will also be on Sunday’s re-arranged clash between Scotland and Ukraine to determine Wales’ opponents for a spot at Qatar 2022.

This is likely to be a distraction for Wales as their Nations League campaign gets underway on Wednesday.

Poland have won six out of their last ten outings in competitive football spanning the Group Stage of the UEFA Euros and World Cup Qualifiers. In this run, they have drawn twice and lost two times as well.

The losses came against Hungary (2-1) on matchday 10 of the World Cup Qualifiers and Sweden (3-2) in the group stage of the UEFA Euros (matchday 3).

The two draws came in a 1-1 result against England on matchday six of the Group Stage of the World Cup Qualifiers and the 1-1 stalemate against Scotland in a friendly match.

Wales are unbeaten in the last eight outings in international football; they have won four times and drawn four times in this run.

The two losses came in the 1-0 defeat to Italy in the final match (matchday 3) of the UEFA Euro Group Stage and a 4-0 loss to Denmark in the round-of-16 of the Euros. In both these losses, Wales had a man sent off.

The unbeaten run after the Euros demonstrates Wales’ form and emergence from the tournament, which is expected to be leveraged in their Nations League opener against Poland on Wednesday.

Lewandowski will be crucial for Poland’s hopes of having a successful; start to their Nations League campaign.

The Bayern Munich striker has been among the goals in the Bundesliga this season as he helped the Bavarians to their 10th consecutive German title.

His goals and leadership will be vital for Poland’s clash against Wales on Wednesday.

The Real Madrid forward has always had good form for the national team compared to his struggles at Los Blancos.

Bale’s leadership, experience, and forward threat will be central to Wales’ plans in their clash against Poland on Wednesday.

Poland will seek to stamp their authority on this match from early on by dominating possession, territory, and controlling the tempo.

Wales will absorb the early pressure and grow slowly into the match with their patient passing from the back and lightning-quick breaks down the wings.

Poland are favourites to win the match and make a good start to their Nations League campaign.

Make sure to bet on Poland vs Wales with 22Bet!