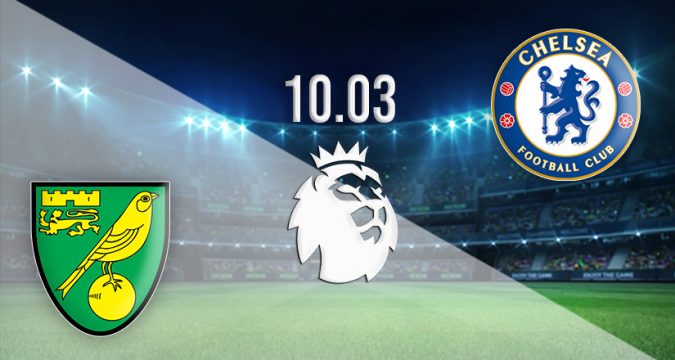 There are some interesting fixtures in the Premier league on Thursday, including Chelsea’s trip to Carrow Road to take on Norwich City. The hosts are desperate for points, as their chances of survival this season are reducing. Meanwhile, the Blues will be looking for a fourth straight win.

This fixture will see a battle between two sides in contrasting form at present. Norwich City will have home advantage, but the Canaries have lost their last four games in the Premier League coming into this fixture. That run of form means that they sit at the bottom, and are currently five points from safety.

Things are looking extremely grim for Dean Smith’s side, as they have just eleven games remaining to turn around their fortunes. However, any chance of a great escape looks increasingly unlikely given the form that they are in.

Only Leeds United have conceded more goals than Norwich this season, while no side has scored fewer goals than the Canaries. Their latest defeat was a 3-1 loss against Brentford, which effectively means that they are now in a weak position to survive this season.

Chelsea are in an extremely strong position to finish in the top four this season, as they currently sit five points clear of fourth-placed Arsenal. They are also six clear of Manchester United, and the Blues also have two games in hand over the Red Devils.

Chelsea’s recent form has been extremely strong, as they have picked up victories in each of their last three games. Their latest win was a comfortable 4-0 success on the road against Burnley. Recce James scored the opener, while Kai Havertz netted a brace. Thomas Tuchel will be hoping that his side can maintain that consistency throughout the second half of the campaign.

Chelsea haven’t lost in their previous 13 meetings against Norwich City. The Blues have also picked up wins in the previous five matches between the sides. They were in extremely dominant form earlier in the season too, as the Blues ran out 7-0 winners at Stamford Bridge.

It would be extremely hard to see past Chelsea winning this fixture. The Blues should comfortably gain the three points, and we could see them winning for the second game running with a 4-0 score line.

Make sure to bet on Norwich City vs Chelsea with 22Bet!