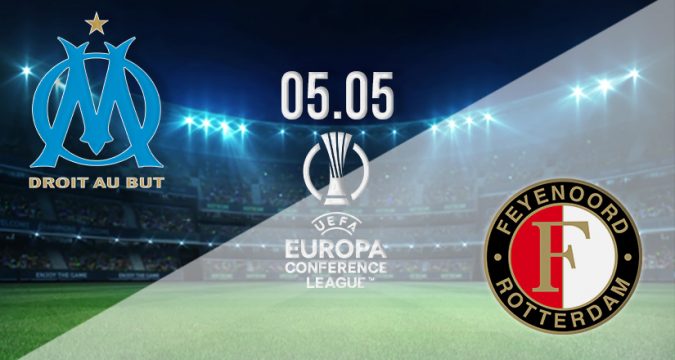 The two sides that will be playing in the final of the inaugural Europa Conference League will be decided this week. The most entertaining of the two ties so far comes as Marseille looking to respond following a narrow defeat against Feyenoord in the Netherlands last week.

Just four teams are left standings in the Europa Conference League this season, and they will be narrowed down to two on Thursday. The most interesting of the semi-final ties will see Marseille look to bounce back after suffering a 3-2 defeat in the first leg in the Netherlands.

That loss was the first time that Marseille had been beaten in this competition since entering in the knockout round stage. But, there will still be confidence that they proved in the first leg that they are more than capable of creating chances against their Dutch rivals. Marseille dominated the ball in the first leg, but could score just twice from their seven shots on target.

They will also need to defend much better in this second leg, as they conceded three after just 46 minutes of the opening leg last week. Cyriel Dessers opened the scoring after 18 minutes, before Luis Sinisterra doubled that advantage just two minutes later. Marseille managed to force their way back into the game with two goals before the break, as Bamba Dieng and Gerson scored to put them back on terms. However, Dessers scored his second of the game to seal a dramatic 3-2 win, as he fired home shortly after the restart to restore Feyenoord’s advantage.

The second leg this week may be a slightly closer fixture, as both sides will be keen to improve defensively. But, it should still be an entertaining fixture between the rivals.

Marseille vs Feyenoord Head to Head

Feyenoord maintained their unbeaten record against Marseille in European competition with their victory last weekend. Both of the two wins that they have recorded against the French side have come in the Netherlands, while the most recent fixture between the sides in France ended in a 0-0 draw back in the 1999-2000 season.

The preference remains for the hosts this week, as we still think that they have far too much in the final third for the Dutch side. It could be a nervy evening in Marseille, but we could see the hosts eventually picking up a 2-0 win.

Make sure to bet on Marseille vs Feyenoord with 22Bet!