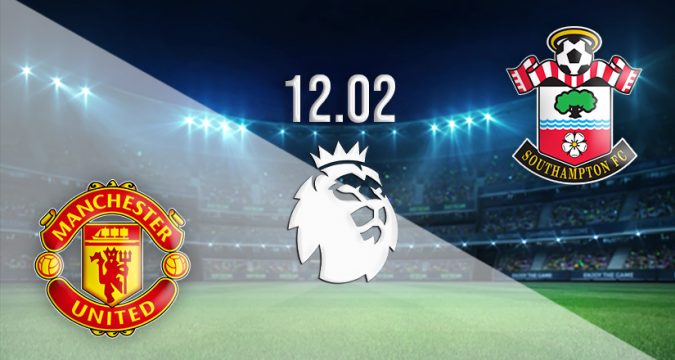 Manchester United kick off the Premier League weekend at Old Trafford on Saturday, as they welcome Southampton to the Theatre of Dreams. United’s hopes of finishing in the top four this season were dealt a blow in their latest fixtures, as they could only manage a draw on the road against Burnley.

It has been a nightmare couple of weeks for Ralf Rangnick and his Manchester United side, as everything seems to be going against the Red Devils. United were knocked out of the FA Cup last weekend at Old Trafford against Middlesbrough, which came just days after the club were forced to suspend Mason Greenwood.

The misery was piled on further this past week, as United were unable to claim victory against bottom-placed Burnley. It was a tale of two halves for the Red Devils, as they were excellent in the opening period, but could only take a 1-0 lead into the interval.

United did have two goals disallowed in the opening 45, which meant Paul Pogba’s opener was the difference between the sides. However, United started the second half slowly, and were made to pay for that when Burnley levelled the scores. In the second period, United mustered just a single shot on target.

The second half of the season for Southampton will be all about finishing as high as possible. The Saints look very unlikely contenders to get dragged into the relegation places, as they have a nine-point advantage over the sides in the bottom three places.

Wins have come in short supply for the Saints this term though, as they have managed just five in 22 games. The Saints haven’t been great travellers either, as they have picked up two victories from the eleven games that they have played. Furthermore, they have conceded 24 goals on the road, compared to the ten allowed at St Mary’s.

Southampton have won two of the previous 22 games that they have played against United; with both victories coming at Old Trafford. Their last win at the Theatre of Dreams came in January 2016, as they claimed a 1-0 win. However, the Saints lost this fixture 9-0 last season.

Things are certainly not going right at United at present, as they have allowed recent opponents off the hook. However, there is a sense that they will hand out a hammering very soon, and that could come against a leaky Saints defence on Saturday. Our pick if for a 4-0 win for United.

Make sure to bet on Manchester United vs Southampton with 22Bet!