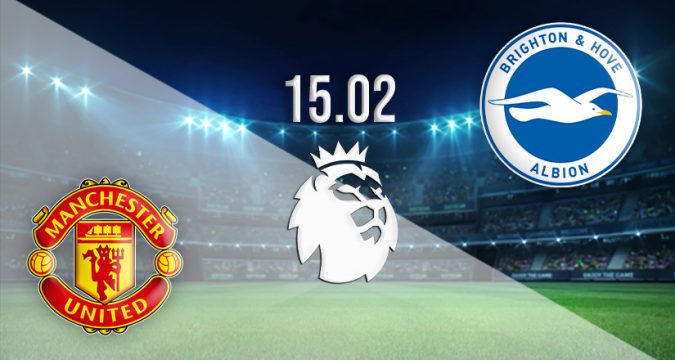 There is a Premier League fixture to look forward to on Tuesday evening, as Manchester United look to end a three-game winless run in all competitions as they welcome Brighton & Hove Albion to Old Trafford.

It has been a difficult run of fixtures for Manchester United over the past two weeks or so. The Red Devils are winless in those three fixtures. United were knocked out of the FA Cup by Middlesbrough, and have also seen their chances of finishing in the top-four hit hard by a negative run of results.

However, despite that turbulent form, United could go back up to fourth with a victory on Tuesday against Brighton. This fixture is the game in hand that United has over West Ham, and just a point separates the sides after both dropped points last time out. The Red Devils remain unbeaten in their last five Premier League fixtures, but back-to-back draws highlights a clear issue.

United have scored first in each of their last three, but have conceded equalising goals in the second half of all recent fixtures. Ralf Rangnick’s side have been extremely wasteful in front of goal, and that was evident once again in Saturday’s 1-1 draw against Southampton.

Brighton are enjoying an excellent season in the Premier League this term, and could move up to eighth with a victory at Old Trafford on Tuesday evening. The Seagulls are unbeaten in their previous five, and have lost just four times in 23 games this term. Only the top three in the league have lost fewer games than Brighton this season.

Brighton ended a three-game drawing run at the weekend, as they beat Watford 2-0 away from home. Neal Maupay scored a stunning opener at Vicarage Road, before Adam Webster scored the clinching goal with seven minutes remaining.

Brighton have never beaten United at Old Trafford in 13 attempts. They have taken just a single point from seven league visits to United, and have lost their last four at Old Trafford. United have won their last five both home and away against Brighton since losing two of the first three Premier League fixtures between the sides.

This is a very interesting game in the Premier League. Brighton has one of the best defensive records in the league, and could be perfectly tailored to take something off United. For that reason, we would be tempted by the Brighton or Draw double chance bet.

Make sure to bet on Manchester United vs Brighton with 22Bet!