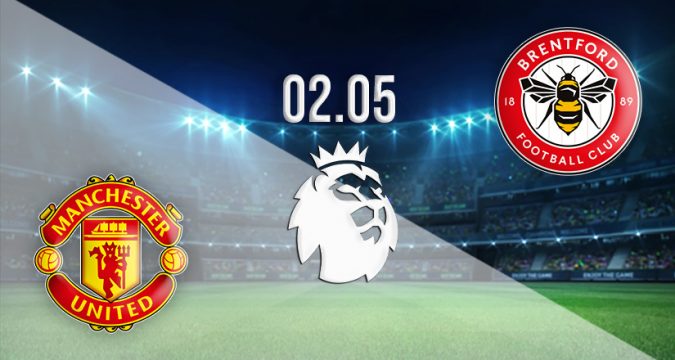 Manchester United will be in action on Monday evening in the Premier League, as Brentford make their first top-flight visit to Old Trafford since 1946. Both sides will be looking to end the season strongly, but which team will get the win at the Theatre of Dreams?

To say it has been a disappointing season for Manchester United would be an understatement. The Red Devils look set to miss out on a place in the Champions League spots this term, as they sit sixth, and five points off Arsenal with just three games of the season left to play.

United have won just once in their previous five league fixtures, which includes defeats against Arsenal and Liverpool. The Red Devils at least avoided a third defeat against sides above them in the league standings in their previous three in midweek, as they were able to salvage a point against Chelsea.

However, it was far from a vintage display by the Red Devils. United once again needed some magic from Cristiano Ronaldo, who has now scored eight of their previous nine league goals. The Portuguese superstar netted his 24th goal of the season in all competitions just after Marcos Alonso had put the Blues ahead.

This success will be seen as a huge success for Brentford, as they have solidified their place in the Premier League for another season. The Bees are sitting 12th in the league standings, and may have an opportunity to move into the top half of the standings with victory on Monday night at the Theatre of Dreams.

Brentford have been in solid form over their previous four fixtures, as they have picked up three wins and a draw. Their three-match winning run was brought to an end last weekend, as they could only pick up a 0-0 draw against Tottenham Hotspur.

This will only be a 15th meeting between United and Brentford in all competitions. Brentford’s last win against United came in the FA Cup back in February 1938. United have won each of the last two against the Bees, with their most recent victory being a 3-1 win on the road earlier in the campaign.

The pressure will be on United to give their fans something to shout about on Monday evening. However, Brentford should be relaxed having achieved their target for the season. It could be an entertaining game, and both teams to score could be a good bet.

Make sure to bet on Manchester United vs Brentford with 22Bet!