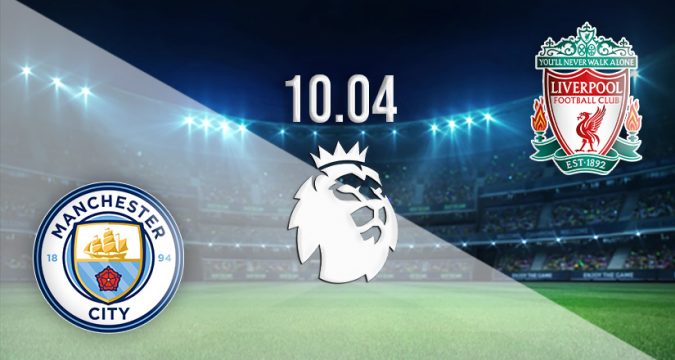 The biggest match of the English Premier League season, and one that will potentially determine who will be crowned champions at the end of the season, will be played at the Etihad Stadium when league leaders Manchester City take on their closest challengers (one point behind in second) Liverpool in a mouth-watering clash at 16:30GMT.

Can Manchester City Extend their Lead at the Top of the Table to Four Points with a Win?

Pep Guardiola’s side have allowed Liverpool to reduce a once-commanding 11-point lead at the top of the table down to just a solitary point separating them heading into this titular clash at the Etihad.

While this slip-up is uncharacteristic of this Manchester City side, Liverpool have been relentless in their hunting of the leaders with a near-perfect run since the turn of the year that has seen them rein the Citizens in.

It all comes down to this pivotal weekend and the 90 minutes on the Etihad tuff to potentially decide the English Premier League champions.

Pep Guardiola will see this as an opportunity to halt Liverpool’s momentum and put some distance between them heading into the remaining seven matches of the season.

Can Liverpool Leapfrog Manchester City to Take Charge of the Title Race?

In hunting the commanding league leaders since the turn of the year, Jurgen Klopp knew that his side had to be perfect; Liverpool have subsequently won 10 straight league matches since that exciting 2-2 draw at Chelsea.

This perfect run has seen the Reds cut Man City’s lead down to one point, setting up the clash at the Etihad as the potential point at which Klopp’s side can take charge of the title race in the remaining seven matches.

Jurgen Klopp will be counting on his charges to handle the pressure this fixture will bring and ensure that they can play their usual high-tempo high-energy style.

The gaffer will understand that he is playing one of the best sides in Europe, and the Reds will need to be at their best to stand a chance of taking the three points.

In the last ten rounds of fixtures in the league, Pep Guardiola’s side has won seven matches, drawn two, and lost one.

Having collected 23 points, Manchester City have dropped seven points during this run, which has allowed Liverpool into the title race.

Liverpool have been in perfect form; they have won all ten matches in the last 10 rounds of fixtures in the league.

The Reds have also kept eight clean sheets in the process, which underscores their solidity.

Center-back Ruben Dias is a doubt for the clash with Liverpool on Sunday; the 24-year-old has been sidelined since March 3rd, 2022 with an unknown injury.

Center-forward Gabriel Jesus is suspended for the match on Sunday; the 27-year-old Brazilian is expected to be back by April 14th, 2022.

Jurgen Klopp will be sweating on the availability of his No. 3 Fabinho. The 28-year-old Brazilian suffered a cut to the head in the second half of the Champions League triumph over Benfica.

However, on April 5th, Jurgen Klopp expressed hope that Fabinho will be available for selection ahead of Sunday’s clash with Man City.

The young English international was pivotal in Man City’s win over Atletico Madrid in midweek after he came on as a substitute.

Guardiola must have rested him with the clash with Liverpool in mind. He will be crucial for Guardiola’s side as they seek to stop the Reds’ momentum.

The striker will be a crucial distinction between Manchester City (likely to play without a conventional striker) and Liverpool’s traditional use of a center-forward.

The Portuguese will pose a massive danger for the City defense, especially playing alongside Mane and Salah.

Expect Man City to play their patient build-up approach with emphasis on possession. Expect Liverpool to play their high-tempo, high-energy, and high-octane approach at the Etihad.

The match will ebb and flow and the side that will make use of their dominant periods will win the tie. Manchester City will win the match and take charge of the title race in the run-in.

Make sure to bet on Man City vs Liverpool with 22Bet!