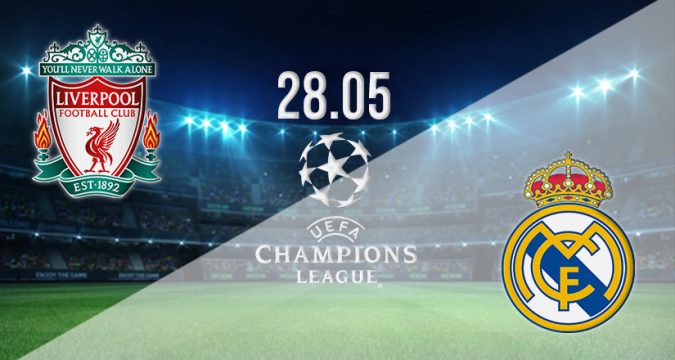 After missing out on a dramatic English Premier League title to winners Manchester City and with it the hopes for an unprecedented quadruple, Liverpool’s attentions will shift towards their Champions League final match against Real Madrid at the Stade de France on Saturday at 20:00GMT.

Can Liverpool Overcome their Premier League Disappointment to Lift the Champions League in Paris?

Jurgen Klopp will have to focus on lifting his players after the dramatic missing out on the English Premier League title to Manchester City and thus being unable to win the quadruple this season.

The focus will have to fast shift to the Champions League final against Real Madrid at the Stade de France.

Adding a Champions League trophy to the FA Cup and Carabao Cup titles they have already won will make it a very good season for the Reds.

Can Real Madrid Lift the Double this Season by Adding the Champions League to their Impressive La Liga?

Real Madrid already stylishly lifted La Liga and made their way to the final by eliminating PSG, Chelsea, and Manchester City, which was as impressive as it was improbable.

The match against Liverpool will come in a similar style as they will be regarded as the underdogs. But Carlo Ancelotti’s side thrive under pressure and when they are ruled out by pundits.

Los Blancos will be looking to upset Liverpool in the final and conquer Europe once again.

Liverpool were unbeaten in their last five matches in the English Premier League, winning four and drawing one.

The draw with Tottenham at Anfield ultimately cost them the chance of winning the title, which Man City won by just a point.

In their Champions League run, Liverpool have played a total of 12 matches; they have won ten times, drawn once, and lost once in the process.

Jurgen Klopp’s men have scored 30 goals while conceding 13 goals in this run.

The Reds have averaged 60.09% possession in their matches and they have kept four clean sheets in the process.

Los Blancos have averaged 50.42% possession in this run while keeping four clean sheets in the 12 matches they have played to the final.

Jurgen Klopp will be sweating about the availability of key players such as Fabinho and Thiago Alcantara.

Fabinho was forced off after a half-hour in the 2-1 win at Villa Park, whereas Alcantara was substituted after half-time in the final match of the season against Wolves at Anfield.

Divock Origi is out of the final with a muscle injury, whereas Joe Gomez just came back to training after an injury, which means he could play some role in the final if called upon.

Carlo Ancelotti will be sweating about the fitness and availability of experienced centre-back David Alaba. The 29-year-old defender is troubled with adductor problems since May 5th, 2022.

Alaba is slated to be fit again by May 27th, which makes him a massive doubt for Los Blancos ahead of their clash with Liverpool on May 28th.

Liverpool’s talisman will be unleashed in the final as Klopp hopes to bag the European title to end an impressive season.

The Egyptian will be crucial for the Reds as they look to overcome the traditionally successful Real Madrid in the European Champions League competition.

The French international has been in inspired form this season, spearheading Real Madrid’s La Liga triumph and their run to the Champions League final against Liverpool.

Benzema will be crucial for Los Blancos as they need to add the Champions League to their La Liga title.

Liverpool will be relentless in pressuring the ball, maintaining a high tempo, and dominating possession.

Real Madrid will also seek to retain the ball and build-up play through the middle and the wings to cause Liverpool problems.

Liverpool are favourites to add the Champions League to their impressive season.

Make sure to bet on Liverpool vs Real Madrid with 22Bet!