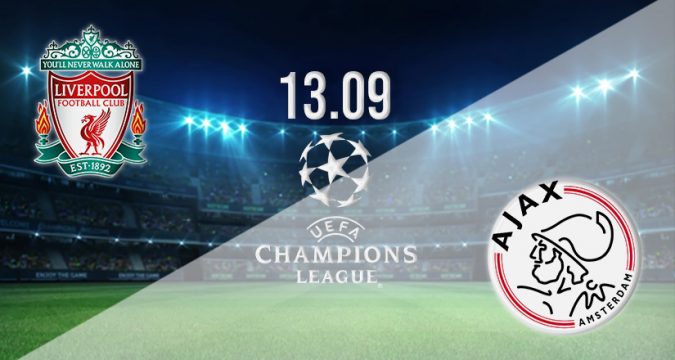 Jurgen Klopp’s Liverpool will be looking to get their Champions League campaign this term off the ground when they host Dutch champions Ajax on Tuesday at 20:00 GMT in matchday 2 of Group A action at Anfield.

Can Liverpool Record their First Points in Group A?

Klopp’s men opened their Group A action with a comprehensive defeat away to Napoli on matchday 1. They will be looking to get maximum points on Tuesday against Ajax as they look to stay competitive in the group.

After the 4-1 reverse in Naples, Jurgen Klopp indicated that he will need to re-invent his Liverpool side to get the most out of their performances. This was an indication that the Reds will have to change some things to hit their best performance levels.

Against Ajax, the Reds will need to be at their best to get anything from the match given the Dutch champions are in a good run of form and opened their campaign with a 4-0 win over Rangers.

Can Ajax make it two wins out of two in Group A?

Ajax are in good form, having opened the Eredivisie with a 100% record – winning six matches and collecting 18 points out of the available 18.

Alfred Schreuder will be looking to continue the good form of his side. The clash against Liverpool at Anfield will especially be important because it will offer the Dutch table toppers a chance to test themselves against last season’s finalists and one of the best teams in Europe.

Schreuder knows that his side will need to be ready to work hard at Anfield given the high-intensity and pressing game that the Reds play. Schreuder’s will need to out-run and out-work Liverpool to stand a chance of taking anything from the match.

Liverpool have won just twice in their opening six rounds of Premier League outings. They have also had three draws.

This means that they have collected 9 points out of the available 18. Klopp’s men sit 7th on the table 6 points off the table-topping Arsenal.

The Reds have kept just two clean sheets in six Premier League fixtures. In this run, they have conceded six goals.

Although they have scored 15 goals so far this season, 9 of them were notched in the 9-0 win over Bournemouth.

They lost 4-1 in their opening Champions League match against Napoli, which means they will need to be at their best to get maximum points in the clash against Ajax on Tuesday.

In the Eredivisie, Ajax have started brightly; they have collected 18 points from their opening six fixtures in the league and maintaining a perfect record.

Schreuder’s men have kept four clean sheets so far in the league, which highlights the solidity and effectiveness of their defensive shape.

However, their defensive meanness has not taken away from their attacking abilities; they have scored 19 goals in the opening six matches while conceding three in the process.

This highlights a massive balance between their attack and defensive approaches under Schreuder.

In the Champions League, they opened their campaign with a 4-0 win over Rangers on matchday 1 played at the Amsterdam Arena. This result underscored their form and indicated that they will be tough opponents against Liverpool on Tuesday.

The 23-year-old Uruguayan made a storming start to life as a Liverpool player at the beginning of the season. However, his impact has declined since as the Reds have struggled for form and consistency.

Jurgen Klopp will be looking to re-integrate his marquee signing of the summer into his starting team and ensure that he has the service he needs to be dangerous.

In the clash against Ajax, Nunez will lead the line for a Liverpool side smarting from being outplayed by Napoli on matchday 1.

His pace and movement will be important for Klopp’s side to make openings in the Ajax defence, create chances, and finish them off to bolster their prospects of taking three points from the clash.

The 24-year-old Mexican international has been integral to the Ajax side this season. The defensive midfielder who was linked to Chelsea late in the transfer window before it slammed shut is pivotal in controlling the tempo of the Ajax game from deep.

In the clash against Liverpool on Tuesday, Ajax will need to compete well in the middle of the pack to stand a chance of taking something from Anfield, Alvarez will be central to their ability to control the midfield.

Capable of playing as a center-back, Alvarez will be important in protecting the Ajax back-four while also providing the platform to launch attacks and transitions.

Liverpool’s bad form means that Jurgen Klopp will be looking to tweak things in the team to coax better performances. However, they are largely expected to employ the high-energy, intensity, and high-pressing style they have become renowned for.

Ajax will seek to keep possession through short passes in midfield and use their wide players to stretch the Liverpool defence.

Liverpool have the quality and home advantage; this will be their driving force to winning the match and taking three points.

Make sure to bet on Liverpool vs Ajax with 22Bet!