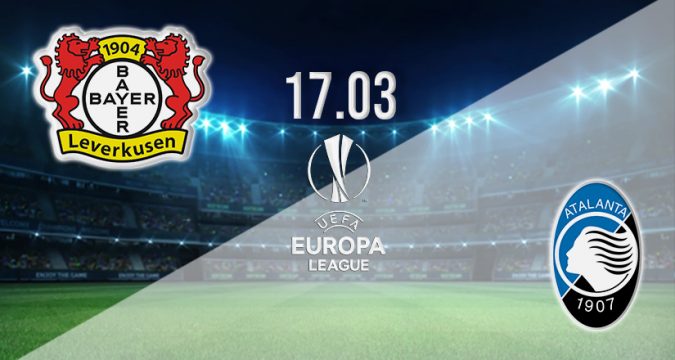 Atalanta and Leverkusen meet on Thursday at 18:45 GMT in Germany for the second leg of their round-of-16 tie after the first leg ended in a thrilling 3-2 score-line in favor of Atalanta.

Can Atalanta Hold their Nerve to Progress to the Quarter-Finals?

Leverkusen have gone two matches in the Bundesliga without winning; they have had a draw and a loss in this run, which has jeopardized their race for a top-four berth.

Coupled with the loss away at Atalanta, they have gone three matches without a win. The shocking 1-0 loss at home to Koln would have been the worst preparation for the clash with Atalanta on Thursday.

Will Leverkusen Leverage Home Advantage to Mount a Comeback against Atalanta?

Atalanta’s bad form in Serie A continued with a 0-0 draw at home to Genoa, which means that they have only won once in the last five rounds of Serie A fixtures.

However, their performances in the Europa League have gone against their domestic form.

Gian Piero Gasperini’s side will need to perform at their best level to stand a chance of knocking out Leverkusen and progressing to the quarter-finals.

Domestically, Leverkusen have won just twice while drawing once and losing twice. This means that they have collected 7 points and dropped eight in this process.

The implication of this run is that the gap to second-placed Dortmund has increased to eight points, while the gap to fourth-placed RB Leipzig and fifth-placed SC Freiburg has reduced to 1 point.

In the Europa League, Leverkusen have played seven matches in which they have won four times, drawn once, and lost twice.

In this Europa League run, Leverkusen have scored 16 goals while conceding 8. They have averaged possession of 54.58 percent while keeping just two clean sheets in the process.

Domestically, Gasperini’s men have seen their form nosedive; they have won once in the last five rounds of Serie A outings.

Atalanta have lost twice and drawn twice in this run. This means that they have collected 5 points and dropped 10 in the process.

In the Europa League, their form has been good. Gasperini’s side have played three matches and won all of them. They have scored 8 goals and conceded 3 in the course of the three fixtures.

Atalanta have averaged 51.34 percent of the possession in the three matches while keeping one clean sheet.

Goalkeeper Andrey Lunev is a doubt for the match against Atalanta; the 30-year-old is recovering from a syndesmotic ligament tear and is expected to be back from March 21st, 2022.

Right-winger Karim Bellarabi is also a doubt with a hamstring injury. Centre-forward Patrik Schick tore his muscle fiber on February 19th, and will not be available for Thursday’s clash with Atalanta.

Centre-forward Duvan Zapata is out of the clash with Leverkusen as he recovers from a pulled hamstring at the adductors.

Concerns about depression are likely to rule out Josip Ilicic from the match against Leverkusen. Attacking midfielder Aleksey Miranchuk is also a doubt for the match with problems with his right hip flexor.

Atalanta will also be without the services of Bryan Cabezas as he recovers from a cruciate ligament rupture.

The forward’s creativity, pace, movement, and goal threat will be needed in the match against Atalanta. With Leverkusen needing to come back from behind, his attacking presence will be central to their chances of pulling this off.

The striker will offer a crucial outlet for Atalanta’s forward threat with his pace, physical presence, and hard-pressing style.

Atalanta will have to attack Leverkusen even though they have a lead; this underscores the importance of Muriel in this match.

Expect both Atalanta and Leverkusen to dominate the match in spells. Their styles, as illustrated in their first leg, will focus on possession and front-foot approaches.

A draw is the favored result in this match with Atalanta progressing on aggregate to the quarter-finals.

Make sure to bet on Leverkusen vs Atalanta with 22Bet!