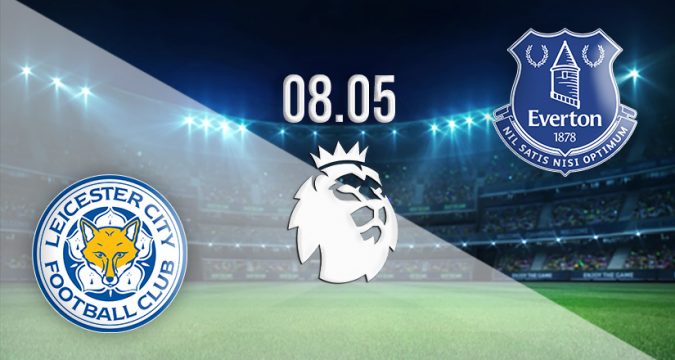 premEverton will have the opportunity to move out of the relegation places in the Premier League this weekend, as they look for a huge victory on the road against Leicester City. Meanwhile, the Foxes will be looking to end a four-game winless run.

This weekend could be a huge opportunity for Everton to move out of the bottom three places in the Premier League standings. The Toffees are just two points behind Burnley and Leeds United with just five games of the season remaining. Everton still has a game in hand over both their rivals, but the Clarets and Whites are the sides with the points on the board.

Everton’s form has certainly improved over recent weeks, as they have lost just once in their previous four, and have picked up two wins during that period. However, their away form is a very concerning issue.

The Toffees have picked up just one away victory in 16 trips on the road this season. That only win came back in August, as they beat Brighton 2-0 at the Amex. Everton faced a must-win game last weekend against Chelsea, but they passed that test thanks to a Richarlison goal.

It hasn’t been the season that many Leicester City fans would have been hoping for this campaign, as the Foxes sit down in eleventh place in the league standings. They are unable to qualify for Europe based on their league position, but could yet be playing in the Europa League if they win the Europa Conference League.

The Foxes are winless in their last four league games, and have lost twice during that run. Their most recent defeat was a 3-1 away loss against Tottenham Hotspur last weekend. The only goal for Leicester in that defeat was scored by Kelechi Iheanacho.

Everton come into this fixture having gone four without defeat against the Foxes. However, each of the last two league meetings have ended in 1-1 draw. Everton were the winners in the last fixture between the sides played at the King Power, as they won 2-0 last season.

This fixture could come at a very good time for Everton, as they will face Leicester just days after the Foxes have played in Europe. That could give the Toffees an excellent opportunity to get a rare victory on the road, and I could see them getting a 1-0 win.

Make sure to bet on Leicester City vs Everton with 22Bet!