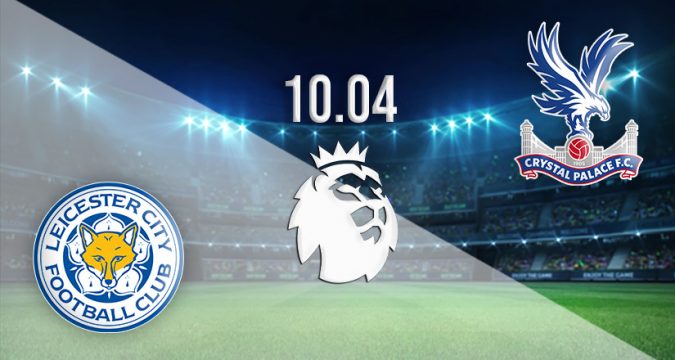 Two sides that are battling for positions in the middle of the Premier League standings clash on Sunday at the King Power, as Leicester City welcome Crystal Palace to the East Midlands.

Leicester City have managed to turn their form around in the Premier League over recent weeks, and will be looking for a second win in three games this weekend. However, their attention is likely to be split, as this fixture also come in between their crucial tie against PSV in the Europa Conference League.

The Foxes are sitting tenth in the Premier League standings coming into this fixture, but are nearing a fully fit squad for the first time this season. Wesley Fofana made his long-awaited return from injury at Old Trafford last weekend against Manchester United, while James Maddison is also reaching his peak performance level.

Leicester were unlucky against United last weekend, as they were denied maximum points late in the game after Maddison saw his winning goal ruled out after VAR spotted a foul in the build-up. However, a victory this weekend will take them above Palace into ninth.

It has been an excellent first season at Selhurst Park for Patrick Vieira, as his side sit ninth in the Premier League standings, and also have an exciting FA Cup semi-final to look forward to against Chelsea. Their recent form has been very good, as they are unbeaten in five and have won three times during that period.

Their latest win was possibly their best performance of the season, as they beat Arsenal 3-0 at Selhurst Park. Jean-Philippe Mateta and Jordan Ayew scored in the first 25 minutes, while Wilfried Zaha scored a late penalty to seal the victory with 16 minutes remaining.

Leicester are unbeaten in their previous five meetings against Palace. During that run, they have picked up three victories, including wins in the previous two games between the sides at the King Power. However, the meeting between the sides earlier this season saw the teams play out a very entertaining 2-2 draw at Selhurst Park.

I think Palace have an excellent chance to maintain their recent strong form this weekend, as the Leicester attention may be firmly fixed on their second leg against PSV in the Europa Conference League. The away side winning 2-0 would be my play.

Make sure to bet on Leicester City vs Crystal Palace with 22Bet!