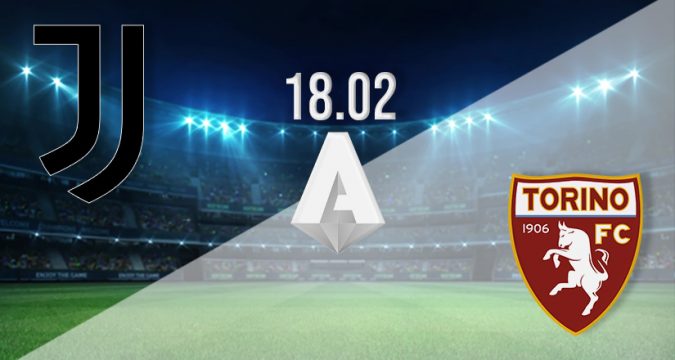 Juventus’ fight for top-four qualification turns to the Derby della Mole on Friday when they welcome Torino to the Allianz Stadium at 20:45 GMT.

Can Juventus Maintain their Push for the Champions League Qualification?

Juventus salvaged a point in Bergamo against Atalanta at the death; this result kept them two points ahead of Atalanta in the race to finish fourth, the last Champions League berth in Serie A.

Attention now turns to the Derby della Mole as the Old Lady seek to maintain momentum at the top and keep the chasing pack of Atalanta, Lazio and Roma, at bay.

Massimiliano Allegri’s side are unbeaten in the last 10 matches, collecting 22 points and dropping 8 in this run.

After Two Consecutive Defeats, Can Torino Get Back to Winning Ways in the Derby?

Torino have had an inconsistent season. This is captured in their last six outings during which they have won two matches, drawn one, and lost three.

They are in the mid- table 10th position with 32 points, very far from the European places, albeit a fair distance from the relegation battle.

The fact that Torino are safe shows that they have had a decent season; however, they will be fired up for the derby, which is always a feisty affair in Turin.

Allegri’s men have continued their unbeaten run in Serie A with a 1-1-draw away at Atalanta. Juventus have collected 12 points from their last six Serie A rounds of fixtures.

This run includes three wins and three draws. This underlines the core strength of the Old Lady; they are hard to beat, and can claim results even when not play particularly well.

The turn of form is a far cry from the early season run where they managed to lose five matches. Allegri’s side will be hoping this run of form will continue deep into the season as they seek to see off the chasing pack to finish inside the top four and earn the coveted Champions League qualification for next season.

Heading into the derby, Torino are winless in three matches. They have lost the last two consecutive Serie A outings, and they have won two, drawn one, and lost two, in their last five Serie A rounds of fixtures.

With just nine Serie A wins to their name this season, Torino will be looking to cause an upset at the Allianz Stadium against their city rivals.

The game earlier in the season pitting the two was decided by Manuel Locatelli’s 86th-minute goal, with the Old Lady taking the three points and bragging rights.

Giorgio Chiellini is a doubt for the Derby della Mole on Friday. The 37-year-old defender is out with a calf injury and is expected back by February 28th.

Allegri will also be without right winger Federico Chiesa, who is out with a ruptured cruciate ligament. The 24-year-old Italian international is expected back in August later this year.

Right-back Danilo will also be suspended for the clash with Torino on Friday.

Central midfielder Dennis Prate will not feature on Friday; the 27-year-old is out with a fractured metatarsal.

Tommaso Pobega underwent nose surgery on February 14th; the central midfielder is a major doubt for the Juventus clash.

Left midfielder Mohamed Fares suffered an injury to his cruciate ligament on January 18th, and is expected back towards the end of June; he will not feature for Torino on Friday.

The new signing will command attention in the derby as he gets acquainted with life in Turin. His physical presence, movement, and finishing will be crucial for Juventus’ run-in, starting with Friday’s fixture with Torino.

The striker will lead the line for Torino up against Juventus’ defence. His goal threat, pace, and movement, will be instrumental for Torino, who will be under pressure for most of the match.

Expect Juventus to dictate proceedings and dominate possession and territory. Expect Torino to give an energetic pragmatic performance designed to hurt Juventus on the counter.

Juventus will continue their unbeaten form by winning all three points.

Make sure to bet on Juventus vs Torino with 22Bet!