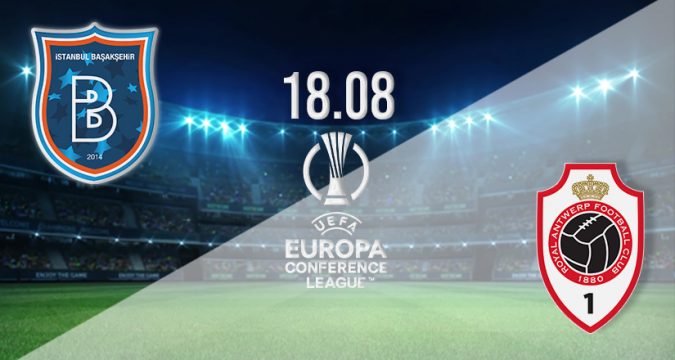 There will be a big Europa Conference League qualifier on Thursday night in Turkey, as Istanbul Basaksehir look to make their home advantage count as they take on Royal Antwerp. But, which side will have the upper hand before the second leg in seven days?

Istanbul Basaksehir have been regular competitors in European competition over recent years, which includes the team reaching the Champions League group stages a few years ago. However, this season, their focus will be on the Europa Conference League after they finished 4th in the Turkish top-flight last season.

Istanbul have already played in the competition this season, as they needed to make it through the second qualifying round to reach this stage. They managed to do that comfortably in the end, as they beat Breioblik 6-1 on aggregate. Istanbul were 3-1 winners away from home, before they completed the job with a 3-0 success in the return leg. Stefano Okaka, Ahmed Touba and Danijel Aleksic were among the scorers in the second tie between the sides.

Royal Antwerp will be led into this season by former Dutch international Mark van Bommel, and they have already started the season well under the new coach. They currently sit top of the Belgian Pro League, and they looked more than at home in the competition as they saw off Lillestrom in the second qualifying round of the Europa Conference League.

Antwerp were excellent in both legs of the previous tie, as they recorded an away 3-1 success, before completing the job back on home soil with a 2-0 success. Anthony Valencia and Birger Verstraete scored the goals in the return leg to set up this tie against their Turkish opponents.

This will be a first competitive meeting between Istanbul Basaksehir and Royal Antwerp in European competition. However, Antwerp has a poor record against teams from Turkey, as they are winless in four previous fixtures.

This will be an entertaining fixture between the two sides, as both have strong players in the final third of the pitch. That means over 2.5 goals in the first leg could be a strong selection. However, given Antwerp’s poor record against Turkish clubs, we could see the home side taking an advantage into the second leg next week.

Make sure to bet on Istanbul Basaksehir vs Royal Antwerp with 22Bet!