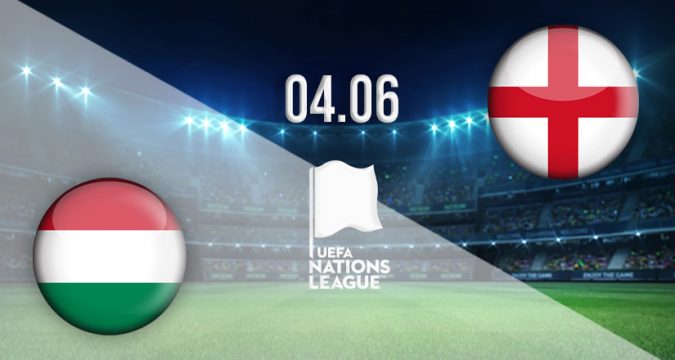 England will begin their UEFA Nations League campaign at the Puskas Arena Park when they face Hungary for the opening clash on Saturday at 17:00GMT.

Can Hungary Upset England by Winning their Opening Match at Home?

Hungary are in a tough Group C with England, Germany, and Italy, which highlights their challenge of succeeding ahead of these traditionally strong footballing opponents.

This dynamic also underscores the importance of winning home games starting with the clash with England on Saturday.

Marco Rossi will have to prepare his side to manage the threat posed by an England side that is filled with quality in every position and has been successful in tournaments in recent years, including the appearance in the Euros final against Italy.

It will be crucial for Hungary to be ready for the high intensity that England brings to matches to stand a chance of getting a positive result.

Can England Start their Nations League Campaign with a Win away from Home?

The Three Lions will play in front of a partisan crowd of more than 30,000 after the stadium ban against Hungary was lifted ahead of this match.

Gareth Southgate will have to prepare his players for the environment in which they will play and the role the crowd might play during the match.

This will be crucial for England to ensure that they can maintain their tactical discipline, energy levels, and intensity to ensure that their quality can shine through in this match to enable them to get a win.

Southgate will also be balancing the energy levels of some of his key players; especially given most of them have finished gruelling seasons with their club sides. This will be crucial to ensure that England can maintain their intensity and tempo throughout the match on Saturday.

In the last ten outings in international football, Hungary have won four times, drawn twice, and lost four times. This shows that Marco Rossi’s side have been blowing hot and cold in the form and performances.

The earlier 4-0 loss to England highlighted the gap between the two nations, which indicates that Marco Rossi will have to come up with solutions and tactics to outwit Gareth Southgate and his team.

In their last two matches, Hungary lost one and won another, which sums up their stop-start form heading into their Nations League opener against England.

The Three Lions are unbeaten in their last ten outings in international football; they have won seven times and drawn three times in this run.

Gareth Southgate’s men will be looking to extend this run of good form when they face Hungary on Saturday.

The three draws came against Italy (1-1) in the final of the Euros, against Poland and Hungary (1-1) in the World Cup Qualifiers Group stage.

This good run of form underscores the fact that England will be the overwhelming favourites in this match. However, Hungary’s 1-1 draw at Wembley in the group stage OF World Cup Qualifiers provides a reminder of the quality they possess.

The Basel striker is likely to lead the line for Hungary in the clash with England. The experienced 34-year-old will be crucial for Hungary as they play in front of an expectant crowd and against a high-quality side in England.

The Tottenham captain and striker is a talisman for England. His goal scoring and creative abilities are important n weaving the Three Lions’ attacks together and creating chances.

The Three Lions will be dominant by keeping the lion’s share of possession, pressing across the pitch, and dictating the tempo of the match.

Hungary will seek to absorb the pressure, remain compact and solid, and attack through transitions and set pieces.

England are favourites to win the match and get their Nations League campaign off to a winning start.

Make sure to bet on Hungary vs England with 22Bet!