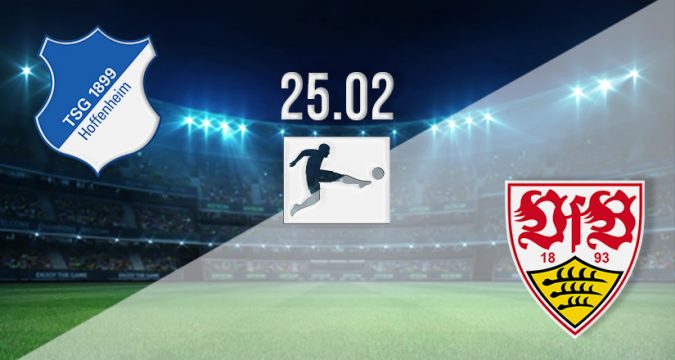 Hoffenheim will be looking to move into the Bundesliga’s top four on Friday evening, as they host struggle Stuttgart. The visitors will be looking for the points to move out of the bottom two, but are winless in their last five.

The race for Champions League places in the Bundesliga is making for a captivating battle this term. Hoffenheim looked to be fading in the race after defeats in their last three, however, they have bounced back since that losing run with victories in their previous two.

That recent run of form means that they are level on points with fourth-placed RB Leipzig coming into the games this weekend. However, there is no room to error, as they could also drop out of the Europa League places with a defeat in this latest round of fixtures in Germany.

Hoffenheim picked up a win in their latest fixture against Wolfsburg. They fell behind in the first half of that away fixture, but bounced back in the second period. They eventually won the points in the fixture, as they scored twice in the final 20 minutes. Jacob Bruun Larsen and Andrej Kramaric scored the goals.

Stuttgart can only hope for that kind of result at present, as their position in the league standings is looking extremely vulnerable. The German giants are currently 17th, and sit three points behind Augsburg, who current occupy the relegation playoff spot.

Stuttgart has lost four of their previous five games in the Bundesliga and their situation looks very serious with less than a half of the campaign remaining. They did manage to end their four-game losing run last weekend though, as they drew 1-1 at home against Bochum. They were denied the win in the 94th minute, and it will be interesting to see how they respond to that gut-punching equaliser.

Hoffenheim vs Stuttgart Head to Head

Stuttgart boast an impressive record against Hoffenheim. They have won the previous two, and have gone four without defeat. Both previous wins have come in home fixtures though. In away games, their record isn’t as impressive. Hoffenheim has won two of their previous three home fixtures against Stuttgart.

Stuttgart’s form doesn’t look good coming into this fixture, and it would be hard to oppose Hoffenheim, who certainly appear to be back on the right track in the Bundesliga. I find it hard to see past the win for the home side on Friday.

Make sure to bet on Hoffenheim vs Stuttgart with 22Bet!