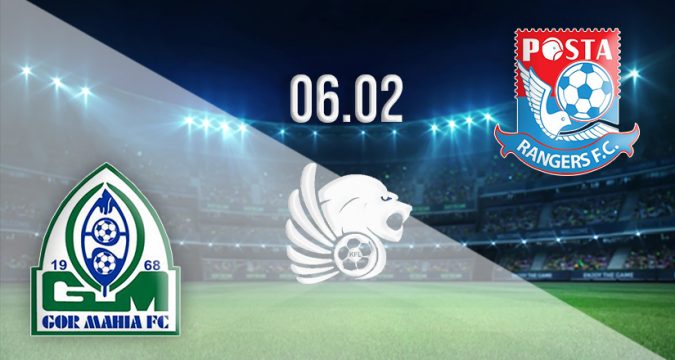 Two points separate Gor Mahia (27 points) and Posta Rangers (25 points) on the KPL table, albeit Posta have a match in hand on Gor Mahia.

The clash on Sunday pits two teams struggling to break into the top four, and thus get into the title challenge.

Gor Mahia are six points behind league leaders Kakamega Homeboyz, which means that a win against Posta Rangers will help boost their hopes of a title charge this season.

Posta Rangers will be looking to leapfrog Gor Mahia on the table and boost their own charge at the KPL summit.

Gor Mahia’s season can be summed up as inconsistent and stop-start. In the last five matches, K’Ogalo have won two fixtures, drew two, and lost one.

In this run, they have collected eight points and dropped 7.

They are currently 5th on the table with 27 points after 16 rounds of KPL fixtures this season.

Posta have won three matches, raw one, and lost one, in their last five runs of KPL outings.

This run has seen them haul 10 points and drop just five. It has also seen the surge on the table to 6th, and within eight points of league leaders Kakamega Homeboyz.

The run of form has also seen them come to within two pits of 5th-palced Gor Mahia having played one less match.

The K’Ogalo forward provides the energy and leadership upfront, which makes the team dangerous and dynamic in its attack.

Ulimwengu offers strength, pace, intelligent runs, and the finishing touch that Gor Mahia need to convert the chances they create.

The way K’Ogalo play, their frontman plays a central role in holding up play, linking with runners from midfield and wide players, and opening up space for others to create dangerous situations in the box.

The Posta Rangers striker will be crucial when coming up against the Gor Mahia defence.

Posta Ranges are likely to come under persistent pressure from Gor Mahia in this clash; this means that Lokuwam will be called upon to offer an option upfront in terms of pressing and holding up play when the long ball is played from the back.

In this regard, Lokuwam will be essential for the game plan Posta Rangers will utilise against the 18-time champions.

Expect Gor Mahia to come out forcefully and dictate play from the start.

Posta Rangers will adopt a pragmatic approach and prioritise solidity at the back and denying Gor any space in behind; they will remain patient as they look for transition opportunities to attack.

Gor Mahia will have the upper hand and take all 3 points in this match on Sunday.

Make sure to bet on Gor Mahia vs Posta Rangers with 22Bet!