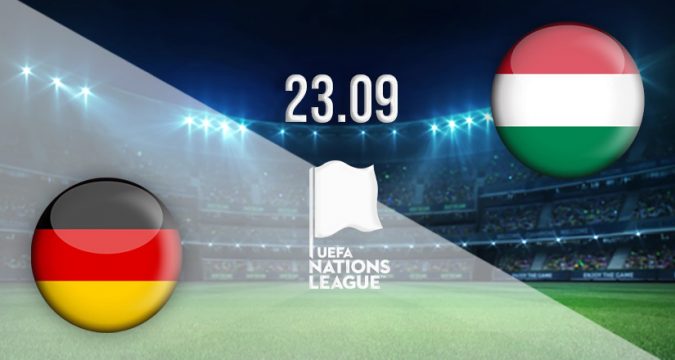 The penultimate round of games in the Nations League take place this week. League A Group 3 looks set for a thrilling finale, with all four teams involved still fighting for vital points. Meanwhile, two of the three teams in the hunt for a place in the Nations League finals meet on Friday.

Hungary come into their penultimate group game of the Nations League with their fate in their own hands. Victories in their final two group games would wrap up top spot, which looked incredibly unlikely when the draw was made, as they were pitted against England, Italy and Friday’s opponents Germany.

However, they have looked incredibly strong throughout the Nations League to this point, as they have won two of the four games that they have played. In total, they have scored seven goals and have allowed just three; which are both group best tallies coming into this tricky fixture on the road this week.

Hungary come into this fixture after one of their very best national team performances last time out. In that fixture, they beat England 4-0 away from home. Roland Sallai scored twice in that success, while further goals in the final ten minutes were added by Zsoit Nagy and Daniel Gazdag.

Germany are the likely challengers for top spot in the group, as they currently sit second after picking up one win and three draws. Victory on Friday would move them up to top spot in the standings ahead of their final group game against England next week.

Germany were also big winners in their most recent fixture in the Nations League, as they picked up a big 5-2 victory at home against Italy. Joshua Kimmich opened the scoring, while Timo Werner scored twice, and Thomas Muller and Ilkay Gundogen also found the net.

Germany vs Hungary Head to Head

These two nations have a very even record overall. Germany holds the narrow advantage with 13 victories, while there have been 12 draws and eleven victories for Hungary. However, Germany is unbeaten in the four previous fixtures, with the last two both ending in draws.

This looks to be a pivotal fixture when it comes to the team that will finish top of the group. However, we could see the Germans taking the points, as they move to within a victory of finishing in the top spot.

Make sure to bet on Germany vs Hungary with 22Bet!