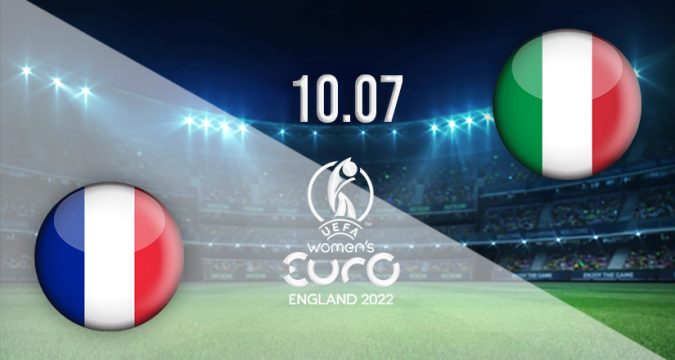 France get their EURO 2022 campaign underway on Sunday evening at New York Stadium in Rotherham as they take on Italy. The French will be expected to start quickly as they are among the favourites to win the competition this summer, but the Italians could pose a serious test for the fancied nation.

It promises to be a huge summer for the French national team, as they look to finally deliver a major piece of international silverware. They are ranked as the third best women’s team in the world by FIFA, and there is an expectancy that they should go deep in the competition based on the success that their club sides have enjoyed over the past decade.

However, they have failed to make it past the quarterfinals at the EUROs to this point; most recently losing at that stage in 2017. Qualifying posed no big issues for the French, as they won seven of the eight games that they played, and scored an incredible 44 goals. Their preparation couldn’t have gone much better either, as they have won both recent fixtures convincingly and have scored a total of eleven goals without conceding.

Italy are one of the emerging nations in the women’s game, and were slightly unlucky not to have qualified as group winners in the qualification campaign. They eventually needed to settle for second, as they finished three points behind Denmark. However, they allowed just five goals, and have built their team on a strong defensive backbone.

They reached the quarterfinals of the World Cup in 2019, and will be looking improve on their efforts in 1993 and 1997 where they finished runners-up at the EUROs. Italy has been strong in recent warm-up games, with their standout result being a 1-0 success away from home against Switzerland.

France vs Italy Head to Head

France and Italy have met on five previous occasions. France hold the advantage, as they have picked up three wins, while Italy have won just once. The most recent meeting came in January 2018, as the sides played out a 1-1 draw.

This is a big test for France on opening night, as they come up against an Italian side that are very solid defensively. However, we still fancy the French to get the win that they need to start well, but there may just be a single goal in it.

Make sure to bet on France vs Italy with 22Bet!