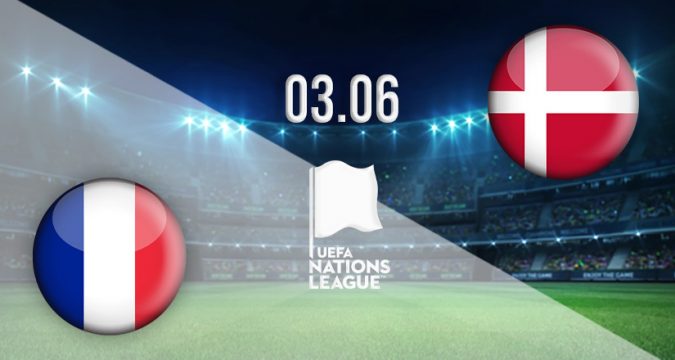 The World Cup champions and Nations League winners France open their Nations League campaign with a home fixture against Denmark at the Stade de France on Friday starting at 19:45GMT.

Can France Begin the Defence of the Nations League with a win against Denmark?

Playing at home at the Sade de France, Le Bleus will focus on providing a dominant and entertaining performance as they look to stamp their authority on Group A of the Nations League campaign, which also includes Austria and Croatia.

Didier Deschamps will focus on ensuring all the players are not complacent and that they take Denmark seriously because of the danger they pose as highlighted by their run to the UEFA Euros where they were knocked out at the semi-final stage by England.

Can Denmark Upset the World Champions at the Stade de France?

Denmark will draw massive inspiration from their Euros run to the semi-final stage. The match against France will be significant because it will also be replicated on their matchday 2 in their World Cup Group D in Qatar in November.

Apart from this being a Nations League opener, the clash with France will be a rehearsal for their Work Cup meeting in Qatar as they will look to qualify from Group D alongside Tunisia and Wales/Scotland/Ukraine.

Denmark will be confident of stunning the World Cup champions at the Stade de France as they look to make a winning start to their Nations League campaign.

Le Bleus are unbeaten in their last ten outings in international football; they have won five times while drawing five times.

The last two matches for Le Bleus have been build-up friendlies against Ivory Coast and South Africa. Didier Deschamps’ men beat Ivory Coast 2-1 in a close match and defeated South Africa 5-0 with Bafana Bafana having a man sent off.

Didier Deschamps will hope that Le Bleus take this brilliant form into the clash with Denmark on Friday.

In their last two friendly matches building up to the start of the Nations League, Denmark won one and lost one. Kasper Hjulmand will be hoping that his side will be ready to take on the World Champions.

The Real Madrid forward, who led Los Blancos to La Liga and Champions League triumphs, will be a major asset for Le Bleus as they take on Denmark on Friday and throughout the Nations League campaign ahead of the World Cup in Qatar.

Benzema brings experience, a goal threat, and a capacity to lead the line and link up with other attackers to the French national team.

The striker will be a massive threat in the match against Denmark.

The midfielder has made a massive recovery from the health issue that threatened his career and has been a sensation for Brentford as they fought to comfortably survive in the Premier League.

The 30-year-old is a creative force for Denmark from midfield as he helps in keeping possession and starting attacks with his wide range of passing.

Denmark will absorb the pressure and build their play through quick passing combined with fast breaks.

Le Bleus are favoured to win the match and take all three points.

Make sure to bet on France vs Denmarks with 22Bet!