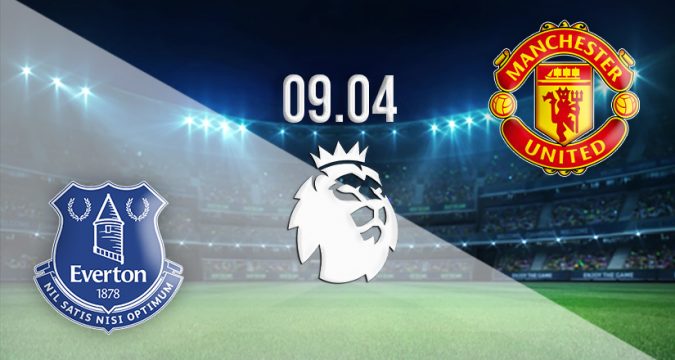 Everton’s fight for survival in the Premier League continues on Saturday when they host an inconsistent Manchester United at Goodison Park at 12:30GMT.

Can Everton Turn Around their Bad Form to Improve their Survival Chances?

Frank Lampard’s side are on a run of one win in seven Premier League matches. In their last ten matches in the league, the Toffees have won just two matches while losing eight.

Goodison Park is descending into a nervous mood as the blue side of Liverpool runs out of matches to pick up points to survive. With every loss, the Toffees are sliding ever closer to the relegation zone.

Their case has not been helped by the improvement of fellow strugglers, such as Leeds United and Newcastle in recent matches.

The upside for Lampard is that his men have at least a match in hand over the teams immediately above them. The chance to kick-start their survival fight comes on Saturday in the early kick-off against Manchester United.

Can Manchester United Inject Some Needed Momentum to their Run-in to Bolster their Chances of Finishing in the Top Four?

Ralf Rangnick’s side are in the middle of a run of one loss in 10 matches – the 4-1 reverse against Manchester City. However, Manchester United have also had four draws in this run, which means they have dropped 11 points in this run.

The inconsistency has been costly for the Red Devils as they have lost ground in the fight for the top four. Rangnick’s side are currently 7th on the table, level on 51 points with West Ham and three behind Tottenham and Arsenal (both on 54 points).

United will need some momentum and consistency in the run-in to stand a chance to overhaul Arsenal and Tottenham and pip them to the top-four berth.

The early kick-off on Saturday against the out-of-form Everton side that have been pulled into the relegation scrap will be an opportunity for Rangnick’s side to get some important points on board and put pressure on the sides above them on the table.

Lampard’s side have collected 3 points and dropped 12 in the last five rounds of league fixtures.

The Toffees have conceded 12 goals in the last six Premier League matches while scoring four. They have kept a single clean sheet in this run.

Manchester United have won three matches in their last six matches in the league. The Red Devils have lost once and drawn twice in this run.

Rangnick’s side have collected 11 points in this run while dropping seven in the process.

Frank Lampard is missing several players from his first team. Central midfielder Tom Davies is unavailable from selection as the 23-year-old is sidelined with a knee injury.

Centre-back Yerry Mina is side-lined with a quadriceps and is expected to be back by mid-April. Other players missing from the first team include Tyler Onyango (hernia), Andros Townsend (knee ACL), Donny van de Beek (quadriceps), and Nathan Patterson (ankle).

Ralf Rangnick will be without center-forward Edinson Cavani; the 35-year-old Uruguayan is recovering from a calf injury on March 31st, 2022.

The rest of the squad is fit and available for selection ahead of the clash with Everton on Saturday.

In a poor season, Richarlison has often been the shining light for the Toffees. With seven goals and four assists in 25 appearances for Everton, Richarlison is a talisman for the team.

The Brazilian international will be crucial for Everton’s clash with Manchester United on Saturday.

With 18 goals and three assists in 32 appearances for Manchester United, Ronaldo is them influential player for Rangnick.

Ronaldo’s presence and goals will be crucial for United as they seek to take the three points from Goodison Park they need to bolster their fight for the top-four.

Expect Everton to start the match with a high tempo and seek to put pressure on Manchester United.

Rangnick’s side will seek to dominate possession and build from the back with patience. They will be wary of the threat of counter-attack posed by Everton.

Manchester United are favoured to win this match and take all three points.

Make sure to bet on Everton vs Man United with 22Bet!