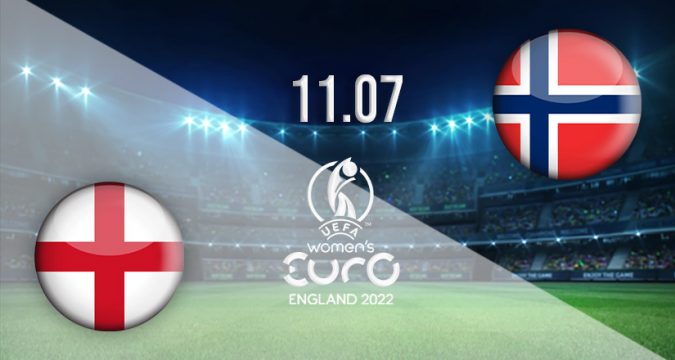 The two sides that picked up victories on matchday one in Group A clash at the AMEX Stadium on matchday two on Tuesday. England will be looking for a much better performance, while Norway will be looking to consolidate their place at the top of the standings.

There was a huge night at Old Trafford on Wednesday, as England opened their Women’s EURO 2022 campaign against Austria. There’s no surprise that there were nerves within the England ranks, as the squad were playing in their biggest ever international fixture in front of a record breaking crowd at the Theatre of Dreams.

The Lionesses eventually managed to get the win after Beth Mead scored the opener in the first half. However, England will certainly need to improve on that showing if they are going to go all the way in the EUROs this summer. Their passing wasn’t as tight as it has been in previous fixtures, while they made a number of defensive mistakes that will be capitalised on by better teams.

However, getting the three points and opening win was all that mattered for England earlier in the week, and they managed to get the job done. But, their job is now to build on that, and put down an improved performance against a talented Norwegian side.

Norway currently sit top of Group A after a very emphatic display on matchday one against Northern Ireland. It was a strong display from the Norwegians from start to finish, as they made their dominance count early on before seeing out the win in comfortable fashion.

Norway ran out 4-1 winners, with Julie Blakstad, Frida Maanum and Caroline Graham Hansen all scoring in the first half an hour. The scoring was completed ten minutes into the second half by Guro Reiten.

England vs Norway Head to Head

There have been ten previous fixtures between England and Norway, with the Lionesses holding a dominant record with five wins compared to Norway’s two. There have also been three draws. The most recent fixture between the sides came in September 2019, with Norway running out 2-1 winners.

This is a much bigger test for England than their opening EUROs game. However, the fact that they have beaten Norway in two major tournaments previously is a big positive. We can see the Lionesses edging out another 1-0 win.

Make sure to bet on England vs Norway with 22Bet!