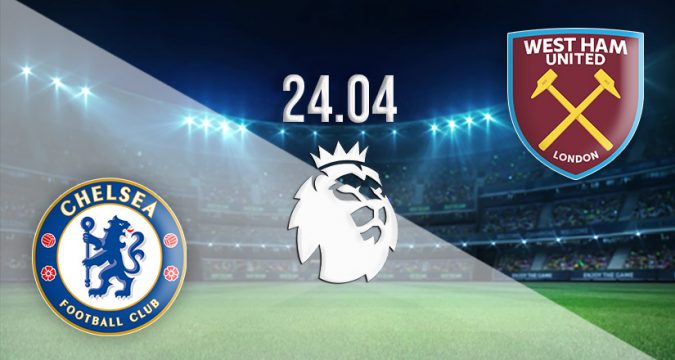 There is a big London derby in the Premier League on Sunday, as Chelsea look to recover from their defeat against Arsenal with a victory at Stamford Bridge against West Ham United.

Chelsea’s position in third in the league standings is far from assured with seven games of their season remaining. They sit just five points ahead of both Tottenham Hotspur and Arsenal, and have lost two of their previous three games. It has been a challenging couple of weeks for the Blues, as they saw their grip on the Champions League ended at the hands of Real Madrid.

Chelsea at least have the FA Cup final to look forward to, but they were brought back down to earth in their recent Premier League fixture by Arsenal. The Blues were extremely vulnerable defensively in that fixture, as they effectively gave away all four goals in the game with defensive mistakes. Chelsea fell apart in the second half of that game, and will be hoping to be much more solid when they take on a high-flying West Ham this weekend.

In truth, West Ham’s focus over the next seven days is likely going to be on their huge Europa League semi-final against Eintracht Frankfurt. The Hammers have a huge first leg showdown at the London Stadium next Thursday, as David Moyes could opt to rest a number of his most important players for this game against Chelsea.

West Ham’s league form has dropped off in recent weeks, as they have picked up just a single victory in their previous five. However, given the choice, fans will undoubtedly be happier to take success in their Europa League showdown than at Stamford Bridge on Sunday.

West Ham picked up a third victory in five fixtures against Chelsea earlier in the season, as they won 3-2 at the London Stadium. The Hammers also recorded a 1-0 win at Stamford Bridge in 2019. However, that away success remains their only win in their previous ten visits.

I expect Chelsea to bounce back to winning ways this Sunday. West Ham’s focus will already be on their showdown with Frankfurt in the Europa League, and it will be a case of them getting through this game with no injury concerns. I would be willing to take a chance on a 2-0 victory for the Blues.

Make sure to bet on Chelsea vs West Ham United with 22Bet!