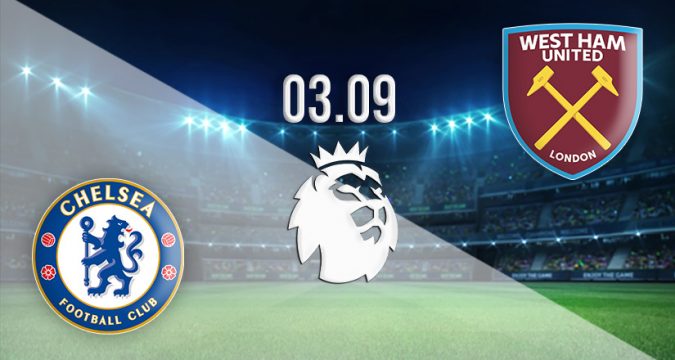 Coming off the back of a surprising 2-1 loss away to Southampton in mid-week, Chelsea will be looking to make amends when they host their London rivals West Ham in a tough derby match at Stamford Bridge in a re-scheduled clash on Saturday at 15:00 GMT.

Can Chelsea Bounce back to Winning Ways?

Thomas Tuchel’s side have had a poor start to the season going by their standards; they have won just twice in five outings, having also lost twice and drew once.

The German tactician will be looking to change this run of form; especially given they surprisingly lost 2-1 at Southampton in mid-week. The Blues will not want to lose further ground to the sides in Champions League places early on.

Tuchel will look to bed in some of his new signings, including Wesley Fofana from Leicester, ahead of the clash with West Ham.

With a tough examination expected from David Moyes’ side. Tuchel will be looking for intensity, work rate, and relentless from his side as they look to bounce back to winning ways.

David Moye’s side have begun to turn their alarming form around in their last two matches. After winning away to Aston Villa, they held in-form Tottenham to a 1-1 draw.

David Moyes is gearing up for yet another London derby with the expectation of a tough match at Stamford Bridge. However, given Chelsea’s recent form, the Hammers will feel like there is a chance they can take something from the clash in West London.

Moyes will focus on solidity and making his side hard to beat and horrible to play against. He will do this by fielding a robust team full of energy and compactness, while also retaining the pace needed to trouble Chelsea’s rearguard.

Chelsea opened the season with a narrow and somewhat fortuitous 1-0 win at Everton before drawing 2-2 against their bitter rivals Tottenham in a hit-tempered and thrilling derby.

Chelsea were then convincingly beaten 3-0 away to Leeds before displaying resilience to 2-1 at home to Leicester after Conor Gallagher was sent off in the 28th minute with the game at 0-0.

In their latest outing in the Premier League, Chelsea were surprised by a young Southampton side, who came from behind to win 2-1 and compound the Blues’ poor start to the season.

With two wins, a draw, and two defeats, Tuchel will be looking to instill some form of consistency into his Chelsea side ahead of their clash with West Ham on Saturday.

David Moyes’ side started the season with a tough home clash with Manchester City, which ended 0-2 in favor of the visitors.

West Ham followed this defeat with another reverse away to newly-promoted Nottingham Forest, with the match ending 1-0 in favor of Forest.

Moyes subsequently saw his side lose 0-2 to right at the London Stadium before winning their first match of the season in a tight 1-0 victory over Aston Villa at Villa Park. In between these matches, West ham played in the Europa Conference play-off, winning both matches with an aggregate score of 6-1 against Viborg.

In their latest match, West Ham held in-form Tottenham to a 1-1 draw, which continued their positive turn of form in the league.

Sterling opened his account with a brace in Chelsea’s 2-1 win over Leicester. He also nodded the opener in the 2-1 defeat at Southampton, which took his tally to three in five appearances for Chelsea.

The English international has been given a massive role to lead the Chelsea attack, and he is relishing this responsibility.

His performances have progressively improved and he is forming a better relationship with his fellow attacking players.

Sterling will be important for the Blues when they play against a defensively well-drilled West Ham side on Saturday.

The 32-year-old has appeared in all five Premier League matches this season. The striker has not notched a goal yet for the Hammers this season; however, his importance to Moyes’ side has been pronounced through his performances.

His work rate is crucial to West Ham’s defensive organization; he presses from the front while also dropping into midfield to add numbers in the middle of the pack.

His link-up with other attacking players in the West Ham side is important in creating opportunities and opening space up for runners from wide areas and midfield.

Chelsea will seek to impose their style on West Ham with their possession-heavy domination and patient build-up from the back. They will use their marauding wingbacks to offer depth while midfield runners will also provide an added goal threat.

West Ham will be compact and defend deep in numbers. They will expect Chelsea to dominate the ball, and will thus seek to hit them on the counter or through set pieces.

Chelsea will have too much for West Ham in this fierce London derby; the Blues will win the match and take all three points.

Make sure to bet on Chelsea vs West Ham with 22Bet!