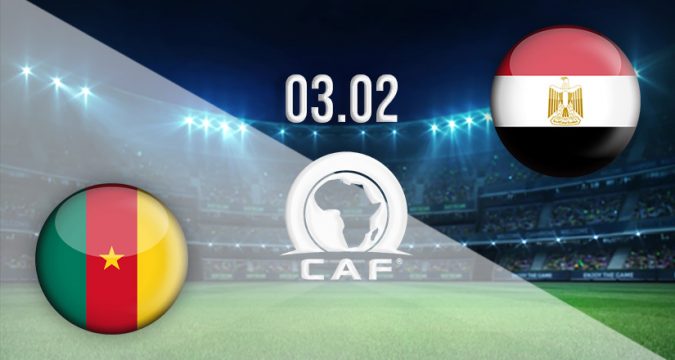 The hosts Cameroon take on seven-time Africa Cup winners Egypt at the Paul Biya Stadium on Thursday at 20:00GMT.

Egypt will be in the unenviable position of taking on the hosts. Apart from home advantage, Cameroon have been on a scintillating run in the tournament with free-scoring Aboubakar and Toko Ekambi leading the line.

Egypt have struggled for goals in this tournament, although their ability to grind out clean sheets has been crucial to their progression to the semi-finals.

The Indomitable Lions have won four out of the five matches they have played in the AFCON tournament. The other match ended in a 1-1 draw against Cape Verde on match-day 3.

Cameroon have scored 11 goals while conceding 4 goals in the tournament.

Their unbeaten record will be on the line against Egypt on Thursday.

The Pharaohs have won 3 matches, drawn 1, and lost 1, in the tournament in Cameroon.

They have scored 4 goals and conceded 1 so far.

Although they are not prolific so far in front of goal, they are adept at keeping clean sheets.

The team news emerging from the Cameroonian and Egyptian camps indicate that the key players for both teams are fit and available for selection.

This will come as a boost for both squads as they prepare for a crucial tie that will determine who plays in the final against Burkina Faso or Senegal.

Aboubakar has been a Talisman for Cameroon in this year’s tournament. He has notched 6 goals so far, which is 1 more than his striking partner Toko Ekambi, to help Cameroon to make it to the semi-finals.

His powerful, aerial prowess and pace allow him to lead the line for Cameroon. He can play with a partner upfront, or by himself, when there is a need.

His flexibility makes Aboubakar a nightmare to play against. He will be essential for Cameroon when they face Egypt on Thursday.

The Egyptian talisman has grabbed two goals and one assist in the tournament in Cameroon. He has not been at his scintillating and prolific best for Egypt. However, his class and quality are not in doubt, which makes him a crucial asset for the pharaohs.

Egypt will rely on him to make the difference when they face the hosts Cameroon on Thursday, with a place in the final at stake.

Cameroon will play an emotional game as they are the host nation, and they will have a parked Paul Biya Stadium behind them against the Pharaohs of Egypt.

Egypt will seek to frustrate and contain Egypt and try to take the sting out of the emotional and partisan home crowd. They will then build patiently from the back and seek to take chances against the hosts.

Given it is a semi-final, and the stakes are high, a draw in regular time is a highly favoured result in this match up. Expect the match to go into extra time.

Make sure to bet on Cameroon vs Egypt with 22Bet!