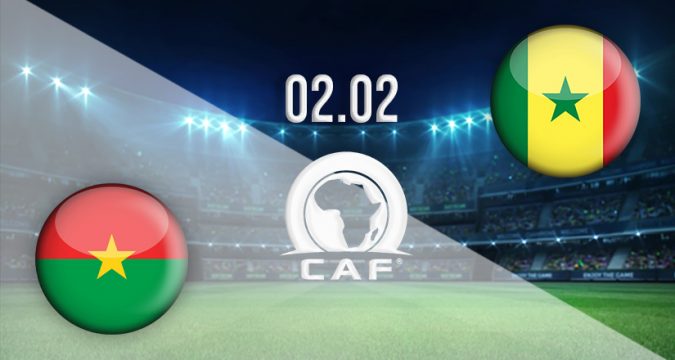 Surprise package Burkina Faso will make history as they face one of the pre-tournament favourites Senegal on Wednesday at 20:00GMT.

Burkinabe will be in the semi-finals of AFCON for the third time in the last five editions. They will be looking to go one step better at the expense of Senegal.

However, Burkina Faso have shown that, on their day, they can eliminate anyone from the tournament.

Burkina Faso have won two matches out of the five fixtures they have had in the AFCON tournament so far. They have lost one (2-1 to Cameroon) and drawn the other two, both ended in a 1-1 scoreline in regulation time.

The Lions of Teranga have won 3 out of the 5 matches they have played in their AFCON tournament to the semi-finals. Senegal have drawn the other two matches, with both ending in a 0-0 score line in regulation time.

The Burkina Faso camp reports that all members of the squad are fit an available for selection ahead of the semi-final clash against Senegal.

Despite a head-injury scare, Sadio Made is expected to be available for selection for Senegal as they seek to make it into the finals.

Burkinabe will need their Quevilly-Rouen-based midfielder to be at the races as they face Senegal in the semi-finals.

The stylish midfielder adds flair, creativity, and imagination into the solid football that Burkina Faso play. The combination in midfield has allowed Burkinabe to be solid defensively while maintaining a lethal threat upfront.

Sangare is the all-important link between midfield and attack; he is in transition, or when Burkina Faso are bossing possession.

Against Senegal, Sangare will play a central role as Burkinabe bid to make history by qualifying for the finals in Cameroon.

Senegal’s goals have been evenly spread across the team. This means that their all-around play has been effective, which makes the Lions of Teranga unpredictable.

However, Mane is the genuine superstar in the squad who offers the Midas touch that Senegal will need to overcome Burkina Faso in the semi-finals.

His devastating pace, dribbling, and creative play from wide areas will be crucial for Senegal to break down the robust structure Burkina Faso will use on Wednesday.

Burkina Faso will seek to play a solid approach to the game while posing a threat on the counterattack. They will put pressure on the ball and try to force Senegal into making mistakes.

Senegal will seek to dominate territory and the ball. They will use both wing-play and central penetration using some of their creative players.

Senegal have the quality and pedigree to overcome Burkina Faso and make it into the finals in Cameroon.

Make sure to bet on Burkina Faso vs Senegal with 22Bet!