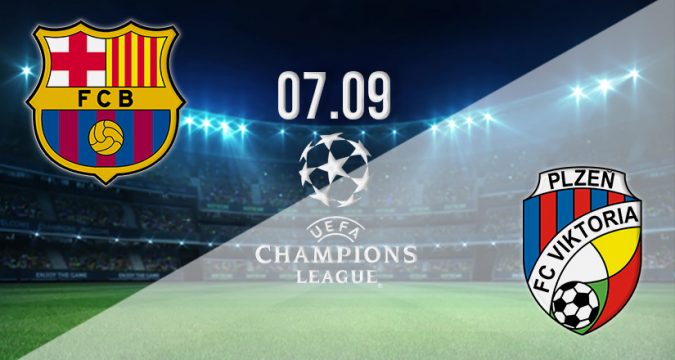 Group C in the Champions League gets underway on Wednesday, as Barcelona open their campaign against Viktoria Plzen. The clear favourites for the win will be the home side, but the travelling side may fancy their chances of producing one of the big shocks in the opening round of European fixtures this term.

Group C looks set to be a thrilling race for the top two spots, with both Barcelona and Viktoria Plzen drawn alongside Inter Milan and Bayern Munich. Barcelona have renewed hope ahead of this new season after signing high-quality players throughout the summer, despite their ongoing financial issues.

It has been a strong start to the campaign for the Catalonian club, as they are unbeaten in four fixtures in La Liga. The Spanish side sits second in the league standings, and are just two points behind Real Madrid. Barcelona picked up a third league win in a row over the weekend, as they hammered Sevilla. Robert Lewandowski was among the scorers in the 3-0 win, while Raphinha and Eric Garcia also netted in the win over the former Europa League champions.

Many will be expecting to see Viktoria Plzen struggle in this high-quality group in the Champions League. The Czech side currently sit second in their domestic league, as they have won five of their opening six fixtures this term. During that period, they have scored eleven goals and have conceded just four times.

However, the confidence should be high, as Plzen have won their previous five games in the league. Their latest win came over the weekend, as they edged to a 1-0 success against Liberec. The only goal in the win was scored just before the half time as Jan Sykora scored the crucial winning goal.

Barcelona and Viktoria Plzen have met on two previous occasions. Both previous fixtures between the two sides came in the 2011-12 Champions League group stages. Barcelona won 2-0 at the Nou Camp, and 4-0 away from home. Plzen have picked up just one previous win from their previous eight attempts against Spanish opposition.

Barcelona’s strong start to the season makes them the clear pick to get the victory this week. We expect them to start strong in the Champions League this term, and we could see Lewandowski getting on the scoresheet in a 3-0 success for the Spanish giants.

Make sure to bet on Barcelona vs Viktoria Plzen with 22Bet!