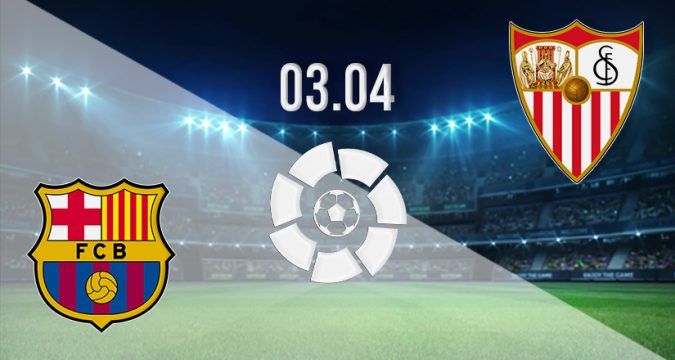 Football fans extend a warm welcome to club football as it returns across Europe following the international break. The top leagues and competitions are scheduled for this weekend, including another exciting round of fixtures from the Spanish La Liga. Barcelona host Sevilla in what promises to be a thriller on Sunday from 20:00 GMT when armchair fans can watch the action live on television. This is top of the bill on a five-match programme from the top flight of Spanish football, and those planning to follow the action hope the players do their bit to ensure it lives up to the hype.

Both teams can be found mixing it near the top of the table, which should make this match even more exciting. Real Madrid are top of the table and looking like they could run away with the title. Sevilla are in second place, already nine points off the pace set by Blancos, while Barcelona are another three points behind their opponents. Given the off-field troubles of this season, it would be a huge achievement if Barcelona were to finish in second place, regardless of how close they got to Madrid.

The head to head stats attached to this is the second time Barcelona and Sevilla have met this season, with the previous encounter ending in a 1-1 draw. That game was played at the Ramon Sachez Pizjuan back in December when the teams cancelled each other out with the goals scored by Papu Gomez on 32 minutes and Ronald Araujo on the stroke of half-time. Sevilla ended that game with 10 men following the sending off of Jules Kounde midway through the second half, but the players will b warned of the importance of keeping 11 men on the field of play this time.

Barcelona’s off-field problems have been well-documented this season and it became obvious quite early on that they weren’t going to be challenging for the league title. Spain’s biggest name have been dogged by financial woes, forcing the board to release star player and fans’ favouritre Lionel Messi back in the summer, with the Argentine moving to PSG. Those left behind to take the strain found themselves fighting against the tide but they eventually came good, finding their form. The opening months of 2022 have been better than the end of 2021 and Barca are currently third in the table.

The home team line-up on the back of a stunning winning run with their stats for the season standing at 15 wins and nine draws against four defeats, scoring 56 goals and conceding 29 in the process. The 54 points collected and the plus 27 goal difference means if Barcelona win this match in front of their own fans they will move up to second in the table, passing their opponents in the progress. The chance to move into the silver medal position will be the driving force behind Barca’s preparation.

The locals headed into the international break on the back of their best performance and result of the season. They hammered league leaders and champions in-waiting Real Madrid 4-0 thanks to goals from Araujo Torres and a double from Aubameyang. The former Arsnal scorer has been in great form since arriving in Spain and he’ll be asked to lead the line for Barca again in this match.

For the majority of this season we’ve seen Sevilla separate themselves from the chasing pack and become the main danger to Real Madrid’s title charge. Sevilla were breathing down the neck of Blancos for much of the winter but their recent form has seen them slip out of the running. Sevilla are now nine points behind Real Madrid with time running out to close the gap. Madrid did suffer defeat in El Classico last time but their rivals were unable to make them pay, managing just a point from their last game.

That will be remembered as two points dropped and the day Sevilla let Real Madrid off the hook. It was a disappointment but wouldn’t have come as a surprise to followers of Sevilla who had watched their team stutter through their games in spring. The visitors arrive for this match with their recent stats showing four draws and a win from their last five. They have also drawn each of their last three league games, taking three of the last nine points available to them.

We last saw Sevilla in action before the international break fighting out a goalless draw at home to Real Sociedad. That was a home match most pundits had picked Sevilla to win handily but the team paid the price for failing to take their chances. Sevilla created plenty of chances but couldn’t turn their pressure into goals. That’s something the players know they won’t hget away here as Barcelona have enough quality in their attack to punish any wastefulness from Sevilla.

Barcelona hold the home advantage for this match and boast the better recent form of the two sides involved. With momentum in their work and the backing of the support, it’s understandable to see many pundits go with the home win. Barcelona are improving defensively and have been scoring plenty of goals with Aubameyang pulling his weight. They will create plenty of chances and can punish a nervy opposition defence.

Sevilla are currently second in La Liga and that’s no accident. They have performed above expectations all season but will know their recent efforts haven’t been anywhere near good enough. They must rediscover their ruthlessness in front of goal if they are to worry an opponent that is playing with confidence.

The pre-match betting odds available to 22bet members has Barcelona available at 1.45 in the match winner market. The draw can be backed at 4.42 or there’s 7.3 available to those who would prefer to support Sevilla for an away win. There’s also over 100 pre-match and in-play betting markets available.

Make sure to bet on Barcelona v Sevilla with 22Bet!