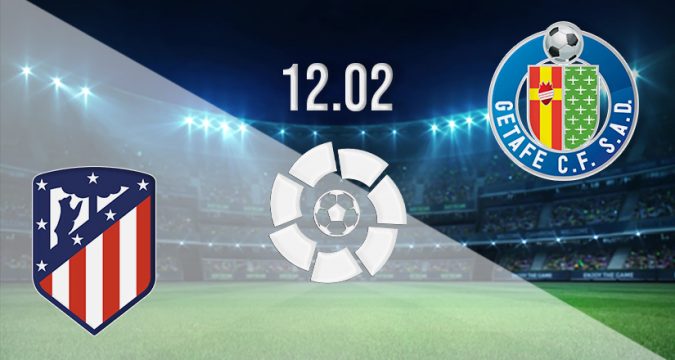 Atletico will be looking to bounce back to winning ways, and move one from the 4-2 defeat at the Camp Nou, when they face 15th-placed Getafe in a La Liga fixture on Saturday at 21:00GMT.

Can Atletico Bounce Back to Winning Ways?

The La Liga defending champions are 5th on the table and 17 points behind league leaders Real Madrid.

With their title defence all but extinguished, Atletico’s attention has turned to a chase for Champions League qualification. They are two points behind Barcelona in 4th place and a further 4 behind 3rd-placed Real Betis.

Diego Simeone will be looking for a reaction from his side as he motivates his charges to put a run together to challenge for a top-four finish.

Can Getafe Extend their Unbeaten Run to Four Matches?

Getafe are unbeaten in three matches; they have win two and drawn one in this run. They will be looking to maintain this run as they work to maintain their gap to 18th-placed Cadiz at 7 points.

A loss to Atletico could risk pushing Getafe towards the relegation battle; therefore, they will be motivated to get something from the Atletico clash on Saturday.

They are facing an Atletico side that just lost 4-2 to Barcelona, and lack any momentum or form at the moment. Although they have quality players, Getafe would back themselves against the current La Liga champions.

Atletico have endured horrible form in recent matches as their title defence has fallen away and a 17-point gap to Real Madrid has opened at the top of the table.

In the last six rounds of La Liga fixtures, they have won only two matches, drawn one, and lost three. This run as resulted in 7 points while dropping 11.

In their last match, the loss to Barcelona allowed the Blaugrana to leapfrog them into fourth, while Atletico fell to fifth, just a point ahead of 6th-placed Villarreal.

Simeone will be a better turn of form if he and Atletico are to challenge for Champions League places this season.

Getafe have been in considerably good form over the last six rounds of fixtures. During this run, they have lost only once, drawn once, and won four matches.

This means that they have collected 13 points from a possible 18. This run has also brought a plus six goal difference, which has seen Getafe move away from the relegation zone and towards the mid-table safety.

Getafe will be looking to keep this form going when they face the out-of-form and short-on-confidence Atletico Madrid on Saturday.

The veteran striker is very important to Atletico’s chances of salvaging anything from this La Liga season. As they chase for a top four berth, they will need to get the best out of their Uruguayan in terms of goal scoring and fitness.

Suarez will be crucial for Atletico attempts of turning their form around and getting their season back on track. His goals, tireless running, and clever positioning make the Atletico attack dynamic, unpredictable, and hard to stop.

Suarez has grabbed nine goals and two assists in 27 appearances this season, which underscores how badly Atletico have struggled, but also pronounces the Uruguayan’s importance to Rojiblancos.

The Turkish footballer plays a central role for Getafe in their system with five defenders and three midfielders. He is an outlet, the runner in behind, and the link between midfield and attack.

Unal’s partnership with Sandro upfront has been important to Getafe’s good run of form in La Liga.

Unal has grabbed nine goals in 22 appearances for Getafe this season, which underscores his importance to the team.

The Turkish striker will be important for Getafe when they face Atletico Madrid on Saturday night.

Expect Atletico to get much of the possession as Getafe will be solid, disciplined, and mainly focused on transition.

Getafe will play with a medium-low block, and their back three will morph into a back five. This will deny Atletico’s players any space or gaps to attack.

A draw is the most likely result in this match as Getafe will frustrate the Champions and extend heir miserable run of form in La Liga.

Make sure to bet on Atletico Madrid vs Getafe with 22Bet!