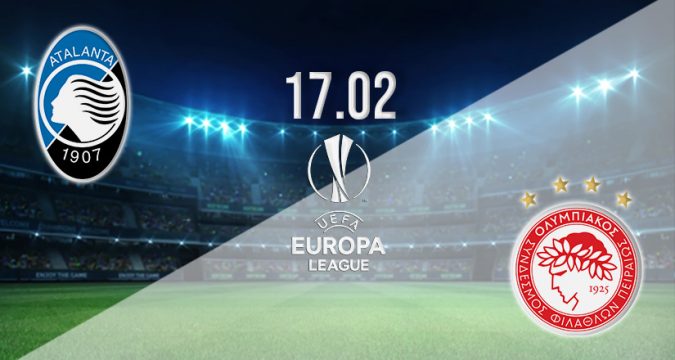 Atalanta have dropped into the Europa League after finishing second in their Champions League group. The Italian club will be hopeful of making it through this playoff round, but Olympiakos will certainly not make life easy for the Serie A side.

Atalanta may be one of the outsiders in the Europa League that have a good chance of going far in the competition this season. The Italian side would have counted themselves as very unlucky to have been knocked out of the Champions League, as missed opportunities ultimately cost them.

However, they have been one of the most enjoyable teams to watch in Europe this season. They scored 12 goals and conceded 13 in six Champions League fixtures, with their only win coming against Young Boys.

The selection of both teams to score would have been a winning wager in five of the six games that they played in Group F, which highlights a clear value play for bettors for this fixture. Domestic form hasn’t been ideal coming into this fixture, as they have failed to win their previous four in Italy.

Olympiakos were involved in the wide-open Group D of the Europa League in the first half of the season, and they performed excellently to eventually finish the campaign in second. They finished three points ahead of Fenerbahce and four clear of Antwerp. However, it always looked unlikely that they had the required quality to compete for top spot against Eintracht Frankfurt.

The Greek side won three of the six games that they played, and allowed just seven goals, which was the second best defensive record in the group. They also scored eight times, which was also the second best attacking record. Their only away win in the competition so far came against Fenerbahce, as they claimed a 3-0 success in Turkey.

Atalanta vs Olympiakos Head to Head

Olympiakos and Atalanta have never previous clashed in a European competition. The second meeting between the sides takes place a week on Thursday.

This could be a much closer tie than many think. The Greek side have been difficult to break down in the Europa League so far, and could be boosted given the poor run that Atalanta have been on. However, we can see the hosts getting the win that they need before the return leg next week.

Make sure to bet on Atalanta vs Olympiakos with 22Bet!