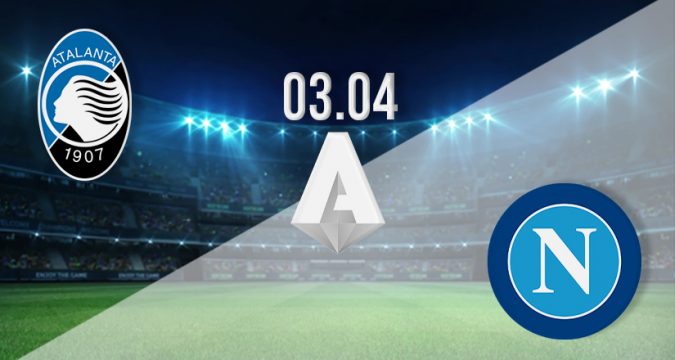 Club football returns this weekend, and the top division in Italy is back in business with some mouth-watering matches to look forward to. Atalanta host Napoli in the pick of the fixtures on Sunday, and it’s that match our team of football writers will focus on in this preview. The Serie A is shaping up for an all-action finish to the campaign, with teams battling for position at both ends of the ladder. Atalanta are involved in a race to make it to the top four and next season’s UEFA Champions League but still have much work to do on that front. Napoli are in the title race, sitting just three points behind current leaders AC Milan.

Atalanta’s recent form has been poor, but they enjoy the home advantage for this match, and the international break would have helped the squad rest, regroup and prepare for a hectic end to the season. Napoli have been pushing hard for pole position since the start of the campaign and return to action within touching distance of the leaders. They have done well but know they can’t afford to throw away all that good work now. The pressure is on both teams to claim three points here, and that will make for an exciting 90 minutes.

These teams have a reputation for producing high scoring matches, with the reverse of this fixture producing a five-goal thriller back in December. Atalanta won that match by a 3-2 scoreline, and that game followed a stunning 4-2 win at this venue last year. Each of the last three games have produced at least four goals, and neutrals hope this renewal falls into line, giving us plenty to cheer.

Atalanta have won one of three

Atalanta can be found sitting down in fifth position in the Serie A title. The locals are never one of the favourites to win the league title but they have improved over the last few years and can often be found in and around the top four prize places. Making it into next season’s UEFA competitions is always the main priority for Atalanta and they would prefer to break into the Champions League over the Europa League. At this stage, they are in the running for the top four but have some ground to make up on Juventus who are currently in fourth place and improving fast.

The top four in Serie A is becoming a crowded market with AC Milan sitting ahead of Napoli, Inter Milan and Juventus. To smash theri way into the prize positions Atalanta must find consistency but they have lacked that in recent times. The home team line up with their recent form showing two wins, two defeats and a draw. They have 51 points on the board which is already eight points fewer than Juve and just four points better than Fiorentina who are down in eighth place. Atalanta’s season could go one of two ways from here.

The home team were last seen in action scoring an important win over Bologna away from home, taking their recent tally to four points gained from the last six available to them. They edged out the victory thanks to a goal scored by Cisse with 82 minutes on the clock. That was a little too close for comfort in the opinion of supporters but it was a crucial win and the battling qualities shown by the team that day were impressive. Everyone connected to Atalanta will want to see more of the same here.

Napoli are ready to pounce

It has already been a fantastic season for Napoli with the team involved in the race for the title from the start. They led the way in Serie A for many months before a loss of form left the back door open for AC Milan to sneak in and move to the top of the league. The current pace setters haven’t been faultless themselves thought, drawing two of their last five games. There’s just three points between AC Milan in first place and Napoli in second at present. Napoli have also won three of their last five and this league title will come down to consistency. Which teams wants it more?

Napoli’s last five league results consist of those three wins with one draw and a defeat. The loss was inflicted three games ago when going down to AC Milan at home. That game ended in a 1-0 defeat with the winning goal scored by Giroud on 49 minutes. It was a tight match and Napoli created enough good chances to get themselves level and make a game of it but the attackers failed to hold their composure in the danger areas. It’s something Napoli will have to work on if they want to challenge for the league title. The league is won and lost on the outcome of those tight matches.

Since losing to AC Milan we have seen Napoli in action twice and they have won both games by a 2-1 score. Those two matches were packed with incidents. Napoli beat Hellas Verona 2-1 thanks to a double from Osimhen before the beaten team finished with nine men. Napoli also defeated Udinese 2-1 at home with the goals scored by Osimhen again, Udinese ending with 10 men that day. Keeping 11 players on the park is crucial to winning matches and Napoli won’t want to give their opponents any avoidable advantages.

Atalanta are the home team for this match and will be cheered on by a supportive crowd but their recent form doesn’t do much to inspire confidence in a win for the locals. Atalanta are good enough to defeat any opponent at this level but they lack the consistency needed to challenge for the title and that’s something they must improve on if they are to progress.

Napoli are in the thick of the title race and for good reason. They have been consistently good this season, going on long unbeaten runs and constantly apply pressure to the teams ahead of them. Their best should be good enough here.

Make sure to bet on Atalanta v Napoli with 22Bet!