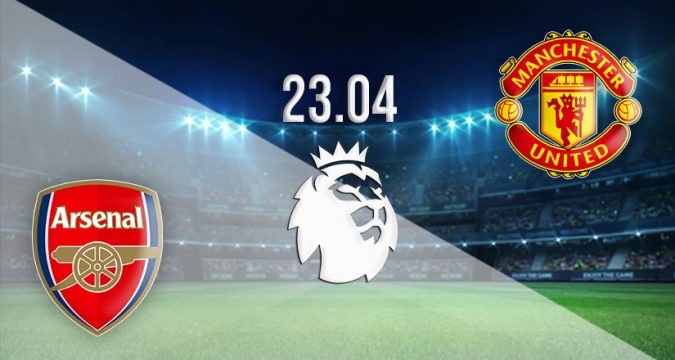 Arsenal and Manchester United, the two rivals fighting for a top-four spot in the Premier League, meet at the Emirates Stadium on Sunday at 12:30 GMT in a six-pointer with implications on who gets the final Champions League-qualifying spot at the end of the season.

Can Arsenal Maintain Pressure on Tottenham with a Win against Bitter Rivals Manchester United?

Mikel Arteta would have been disappointed in the way Arsenal have lost the advantage in the race for a top-four berth with three straight defeats in the league.

The gaffer will see the clash with Manchester United as the big profile match that his side will need to display a statement-making performance and win to turn their season around and get them back in the fight for the top four in the run-in.

Can Manchester United Bounce Back to Winning Ways after the Embarrassing Defeat at Anfield?

After the humiliating performance at Anfield on Tuesday, Ralf Rangnick will be urging his side to turn their form around and bounce back against their rivals Arsenal.

Level on 54 points with Arsenal, albeit having played two more matches than the Gunners, Manchester United will be desperate to beat the Londoners to bolster their chances of finishing inside the top-four.

Mikel Arteta’s men have lost four out of their last five matches. This form has been particularly damaging to Arsenal because it has come at the business end of the season when the top-four position is up for grabs in a four-team scramble.

They have collected three points and dropped a whopping 12 in the run. Moreover, their form is conspicuously characterised by the three consecutive defeats they have suffered in the league against Crystal Palace (3-0), Brighton (2-1), and Southampton (1-0).

Arteta will have to pick up the pieces of his side and motivate them to turn their form around quickly; this is especially the case with the big clash against Manchester United coming up on Saturday.

Ralf Rangnick’s side have been in horrible form in their last six outings in the league. They have collected seven points in this run while dropping eight.

They have won twice, drawn once, and lost three times. Their latest defeat, the 4-0 reverse at Anfield, has inflicted massive psychological damage to the Manchester United side that has been lacking in confidence all season.

That defeat has also led to questions being asked about Ralf Rangnick and his methods at United, as well as the team’s reliance on Christiano Ronaldo who missed the Anfield clash due to personal reasons.

Mikel Arteta will be without left-back Kieran Tierney in the clash with Manchester United. The 24-year-old is recovering from knee surgery after an injury he suffered on March 31, 2022.

The rest of the squad is fit; however, Arteta will have to take into account fatigue and niggles in choosing the starting 11.

Other players that are likely to miss the clash with Arsenal include centre-forward Edinson Cavani (calf injury) and left-back Luke Share (leg injury).

Nketiah will lead the line against Manchester United on Saturday and will have the responsibility to penetrate the defence and create/finish chances.

The youngster will be crucial for Arsenal’s chances against the Red Devils.

The Portuguese has been in indifferent form recently. However, he is a genuine match-winner, and he will be crucial for United on Saturday.

Expect Arsenal to start the match with high energy and tempo trying to dictate the match in midfield. Manchester United will also press and bring massive energy to the match as they look to bounce back to winning ways.

A draw is the favoured result in this match with neither side satisfied with a point.

Make sure to bet on Arsenal vs Manchester United with 22Bet!