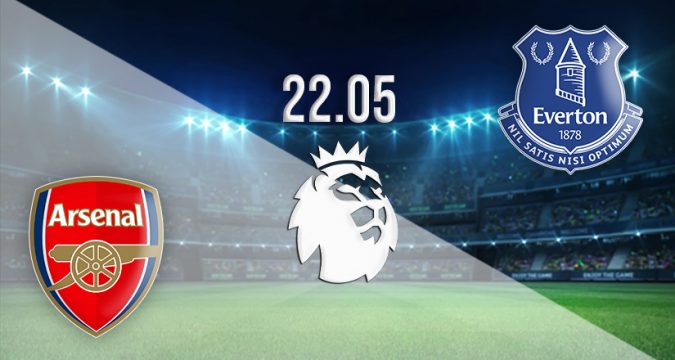 The Premier League comes to an end for Arsenal and Everton on Sunday afternoon. The Gunners will be looking to put pressure on Tottenham Hotspur with a win, while Everton can relax after their safety in the top-flight was assured in midweek.

This could have been an incredibly tense fixture at the Emirates on Sunday, but results over the past seven days or so means that the drama will not be that high. Arsenal had fourth-spot in the palm of their hands seven days ago, but they will need an almighty helping hand from Norwich City to finish in the Champions League places this weekend.

The Gunners have lost each of their previous two, which enabled Spurs to move two points clear of their local rivals. That means that Arsenal are likely to finish the season in fifth place.

Fans will be ruing their missed opportunity, as this season presented them with an advantage over many of the other sides in the race for the top four, as the Gunners had no European football. They will be looking to end their campaign on a high after Monday’s disappointing 2-0 defeat against Newcastle United.

For a long time on Thursday evening, this looked set to be Everton’s biggest fixture in their modern history. They were trailing 2-0 against Crystal Palace at half time at Goodison Park, and had dropped to 17th in the league standings. However, an excellent second half performance sent Goodison into a frenzy, and the 3-2 win means that their safety this season is now assured.

Dominic Calvert-Lewin wrapped up the win with just five minutes remaining of normal time, which came after goals from Michael Keane and Richalison pulled them level. The pressure will be off Everton this weekend.

Arsenal vs Everton Head to Head

Everton have a very good recent record in this fixture, as they have won their previous three against the Gunners. That includes a victory at the Emirates last season. The Toffees also won the previous meeting this season in December, as they claimed a 2-1 success at Goodison Park. The Gunners have won just once in six previous attempts against Everton.

Arsenal’s Champions League hopes are almost certainly over coming into the final day of the season. The pressure will be off Everton, and we wouldn’t be surprised to see them pick up a second straight away win against the Gunners to end a miserable season.

Make sure to bet on Arsenal vs Everton with 22Bet!