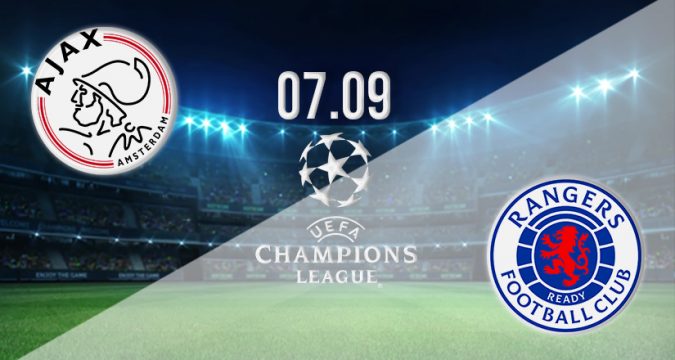 The Champions League group stages finally get underway this week, and there are some exciting fixtures to look ahead to. One of the most interesting matches will see Dutch giants Ajax take on Europa League finalists Rangers.

It was an excellent season in European competition for Rangers last term, as they made it through to the final of the Europa League before being beaten by Eintracht Frankfurt. The Gers will be competing in the Champions League this term, but they will need to respond after a disappointing result in their previous league fixtures.

Rangers were easily beaten by their local rivals Celtic on Saturday, as they suffered a 4-0 defeat away from home. The Gers managed just two shots on target in that fixture, and they found themselves 3-0 down after the opening half. It was an uncharacteristic display by the team, and this will give them a perfect opportunity to bounce back to winning ways with a notable scalp.

It has been a summer of change in Amsterdam for Ajax, but they remain a very formidable opponent in the Champions League. They managed to get through to the knockout stages of the competition last season, before they were shockingly beaten by Benfica. Ajax have started the new season well despite losing key players such as Sebastian Haller, Anthony and Lisandro Martinez.

The Dutch giants sit top of the league standings at this early stage, and their confidence should be high after picking up a 4-0 win at home on Saturday. Steven Bergwijn scored twice in that victory, while further goals were added in the second half by Devyne Rensch and Mohammed Kudus.

Ajax vs Rangers Head to Head

These two sides have met on four previous occasions, and Ajax have picked up victories in all previous meetings. The most recent meetings came in the group stages of the 1996-97 Champions League, with Ajax winning home and away. However, Rangers have a fine recent record against Dutch sides, as they have won their last two away games against sides from Holland.

Rangers were handed a big defeat on Saturday, and their defensive issues could once again see them vulnerable in the Netherlands this week. Therefore, we could see the Dutch side picking up the victory with a commanding 2-0 scoreline.

Make sure to bet on Ajax vs Rangers  with 22Bet!