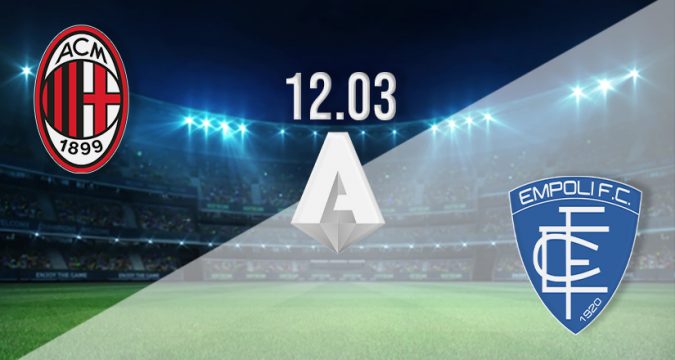 AC Milan are the current leaders of Serie A and will be looking to extend their advantage this weekend when they come up against Empoli. The visitors will be looking for a return to winning ways having failed to win their previous five.

The fascinating Serie A title race looks set to go down to the wire this season, and it could ultimately end with AC Milan winning their first top prize for over ten years. The destination of the top prize remains with Inter Milan though, as they still have a game in hand over their rivals and sit two points behind their city rivals.

However, AC Milan certainly have the confidence required to maintain their form. They are unbeaten in their previous five games in the league, and have won three times.

Their latest victory was an indicator that they look set to compete for top spot this season, as they beat fellow title rivals Napoli 1-0 on the road. That was their biggest win of the season to date, and Oliver Giroud scored the winning goal in the game four minutes into the second half.

Empoli may be weary about their recent form, as they are dropping down the league standings at a concerning rate. They are currently sitting 13th in the standings, but have gone five without victory in Serie A. Regardless, they remain ten points clear of the drop zone, which appears to be a healthy advantage.

They managed to end their two-game losing run in their latest fixture, as they picked up an uneventful 0-0 draw on the road against Genoa. Neither side looked to have the composure to take the maximum points from that fixture, which meant that the draw was probably the right result.

The hosts have gone three without defeat against Empoli. During that run, they have picked up two wins, scoring four goals in each of the victories. However, the last win for Empoli in this fixture came at the San Siro, as they won 2-1 back in April 2017.

AC Milan are in excellent form at present, and it looks incredibly hard to see past them this weekend. We expect them to claim a comfortable victory and move clear at the top of the league standings before Inter Milan play this weekend.

Make sure to bet on AC Milan vs Empoli with 22Bet!