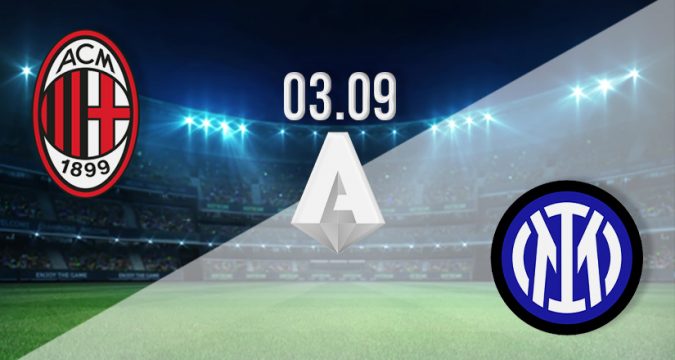 Welcome to another round of fixtures from the competitive, exciting, unpredictable Italian Serie A 2022/23 campaign. Followers of the top flight of Italian football will be treated to another busy round of fixtures over the weekend, following on from a dramatic round in midweek. There are some blockbuster fixtures on the schedule this week, but none come close to threatening the main event as the top draw. AC Milan host Inter Milan in an eagerly anticipated Milan Derby.

These teams have provided football fans with some memorable matches over the years, and with both expected to challenge for the Serie A title this season, the scene is set for another classic. The winner of the points from this weekend’s derby will improve their chances of winning the title, but there’s nothing more than three points on the line here. AC and Inter both have the players, cash, support and experience to win the league, but they know how important a win over their city rivals is to supporters. This will be a fascinating and highly charged 90 minutes of action.

These sides met four times last season – two more than usual – with a pair of matches in Serie A and the other two in the Coppa Italia. The season’s first game ended in a 1-1 draw before AC Milan won 2-1 when playing as the away team. The rivals met twice in the Coppa Italia, with the first game ending goalless, then Inter ran riot, easing to a 3-0 victory. What happens here? Read on as we run lay out our pre-match preview and predictions.

AC Milan entered the week unbeaten in their opening three games of the season to take up a position with the early leaders. They were one of the pre-season picks with pundits to challenge for and possibly win the Serie A title again, while the board would love to see the team make it to the later stages of European competition. That would certainly help to bankroll the title charge, but Europe should be seen as an added adventure. Success in Italy is the club’s number one goal this year.

We saw AC Milan defeat Bologna a week ago at this venue, with the final score reading 2-0 to the home team. They worked hard to get their noses in front last Saturday and got the reward for their efforts with a goal from da Conceicao Leao on 21 minutes. That helped get the fans on side, and AC Milan built on that early advantage to add a second goal just before the hour, with former Arsenal and Chelsea man Giroud putting the game to bed.

AC Milan was last seen in action travelling to Sassuolo on Tuesday evening as the Serie A made the most of a rare off-week from UEFA with no games played in the Champions League, Europa League and Conference League. The schedule is tighter than usual this year as teams race to get through their matches before the long winter break when Serie A will close for more than a month to make way for the World Cup in Qatar.

Inter Milan was the team to beat this season in the opinion of many respected pundits, ex-players and followers of Italian football. Most expect Inter Milan to finish comfortably inside the top four this term, with supporters hoping to cheer their favourites all the way to a title win. There can be no doubting the fact the players are good enough and the fanbase big enough to challenge, but the team must be lucky with injuries if they are to mount a serious challenge.

Milan got off to the best possible start when collecting six points from their opening two games. They began the season with an eye-catching victory over Lecce away from home, snatching a hard-fought but thoroughly deserved three points courtesy of a 2-1 scoreline. The goals that day were scored by Lukaku inside two minutes, and then Dumfries deep into stoppage time at the end of the contest. It was closer than most expected, but Milan got the win and ensured they were up with the leaders. Do they have the character to stay there?

Inter won their second match and were much more impressive than they were on week one, beating Spezia 3-0 in Milan for a winning home debut of the season. Goals from Martinez, Calhanoglu and Correa made the difference in that match, and Milan won’t pick up three easier points than they did that day. But it came at a cost, with Inter losing their third game of the season, going down 3-1 away to Lazio. Martinez found the net in that game also, but his goal was little consolation as Lazio upset the odds to finish as convincing victors.

AC Milan has started slightly better than their neighbours and will be hoping that shows in the final result of this derby. The home team is high on confidence and knows victory over Inter would catapult them into title contention while damaging their rivals’ hopes. To get the win, they must perform better than they have in each of the last two Milan derbies.

Inter Milan are unbeaten against AC Milan since February of this year when going down 2-1 at home in Serie A. Since that narrow defeat, they have played two, won one and drawn one. The most recent clash produced a convincing 3-0 home win with the goals scored by Gosens and a Martinez double. Fans would love to see more of the same here, but this renewal is expected to be far more competitive than before.

The pre-match betting odds available to 22bet members has AC Milan priced at 2.685 with Inter Milan trading 2.635 for the win. If you are struggling to separate the pair, the draw is an option at 3.32.

Make sure to bet on AC Milan vs Inter Milan with 22Bet!